How casinos work with local attractions to build business, on- and off-property 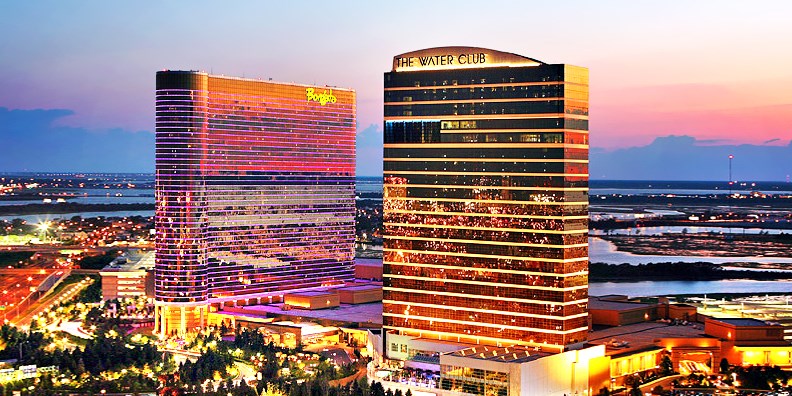 In the holiday fable Miracle on 34th Street, a department store Santa broke the No. 1 rule of business by telling a harried mother to patronize the competition. You may remember the scene, in which the jolly old elf advised a Macy’s shopper to (gasp!) go to Gimbels.

Of course, the story ended happily, with Mr. Macy, Mr. Gimbel and Kris Kringle proving that cooperation among corporate rivals can actually be good for business, leading to more satisfied customers, more ringing cash registers, and a better bottom line.

It works for casino resorts, too, but for generations, the industry eschewed the cooperative model in favor of an isolationist, “every-man-for-himself” mentality.

Jeff Vasser, former longtime head of the Atlantic City Convention and Visitors Authority (ACCVA), remembers the early days of casino gaming in the shore resort, in which casinos were self-contained fortresses-by-the-sea. “The old marketing mentality was to keep people inside the four walls,” says Vasser, now executive director of the New Jersey Division of Travel & Tourism. “There were no windows and no clocks on the casino floor, so they’d have no idea of what time it was or how long they’d been there.”

Busloads of patrons were brought in from markets like Philadelphia and New York, dumped at the front door, and rounded up in the same spot a few hours later to be hauled back home. They didn’t have to take note of local sights—not even the beach, the Boardwalk and the Atlantic Ocean, just steps away from the casino door.

Break with the Past

That limited mentality is long gone, says Vasser. “The industry recognizes that keeping people in town longer is for everyone’s benefit, and if somebody goes outside those four walls for another attraction or conference or show or to go shopping, it’s not going to negatively impact their players. They know being part of the community and giving people more reasons to come is good for everybody.”

What started the trend away from what might be called entertaining captivity? “It started in Vegas in the 1980s, where people started talking about diversifying the base of what the tourism guest was offered,” says Vasser. “People in Las Vegas tended to come fewer times a year, but stay longer”—and over a couple of days, could easily exhaust everything of interest inside their own resort.

“At the most, people gambled three to four hours a day, and there are only so many things you can have within a casino to keep them there,” says David Schwartz, director of the Center for Gaming Research at the University of Nevada, Las Vegas. “You’d rather have people leave your property at the end of a couple of days saying, ‘I had so much fun, I can’t wait to go back’—instead of, ‘I ate at every restaurant. I saw the show. I have no reason to return.’”

It’s especially true these days, Schwartz adds, with so much competition in the industry. “People need reasons to visit beyond the gambling, which they can probably get close to home anyway.”

Take the National Finals Rodeo. The 10-day cowboy extravaganza, created to liven up Las Vegas in the dead of winter, drew more than 170,000 people in December 2018, for $187.5 million in economic impact for the city. Virtually every property, uptown, downtown and out of town, piggybacked on the rodeo with special concerts, hotel packages and themed parties.

“In general, it’s trying to build that critical mass,” says Schwartz, “and give people different reasons to come and stay.”

In Atlantic City, the first property to use the Vegas model was Borgata. Prior to its opening in 2003, AC was mostly a comp market, catering to gamblers who stayed and ate for free, and whose value lay almost exclusively in their casino play.

Borgata, by contrast, “went upmarket,” says Vasser, with celebrity restaurants, plush spas and buzzworthy nightclubs. “Suddenly casinos realized people would pay $400 a night for a premium product on a weekend.

“For the next 10 years, everyone was playing leapfrog, trying to outdo each other with non-gaming—hence the development of the Walk (an outlet shopping district in the center of town) and the Pier Shops at Caesars,” a luxury retail, dining and entertainment center on the Boardwalk, with a lineup of boutique brands like Armani, Gucci and Louis Vuitton.

In 2004, the Tropicana opened the $250 million Quarter, a Cuban-themed dining and retail complex, “and didn’t add one slot machine,” Vasser notes. “It was all about the Havana Tower hotel, more convention space, and more dining and shopping options. It was a huge success—and their gaming revenue went up, too.”

Atlantic City got the message. It staged its own rodeo—the American Finals, held at Boardwalk Hall every October until 2018—and welcomed the Atlantic 10 men’s basketball conference, a popular draw at the same venue from 2007 through 2012.

The A-10 was a bonanza for the city, drawing players, families and fans from key feeder markets Philadelphia, New York and Washington, D.C., says Vasser.

“We had just started direct air service from Cincinnati, so it brought in a whole group of people that hadn’t been to Atlantic City before. There was a lot of time between sessions to go out on the Boardwalk and walk to the Pier. The industry started adopting different schools, reaching out to players from those regions and offering room packages with dining and tickets to the game.”

Concerts were big attractions too; casinos bought up huge blocks of tickets for premium players. The first time Bruce Springsteen played Boardwalk Hall, a caravan of limousines snaked through the streets, carting casino high rollers to see the Boss onstage.

Then there was the famous Miss America pageant, held every September in the city from 1921 until 2005, when it moved to Las Vegas. (Fickle pageant organizers returned to the shore resort in 2013, but decamped again in 2019 to Mohegan Sun in Connecticut.) In its halcyon days, however, the pageant was a revenue jackpot for the city’s casinos, which essentially split the 50 states among them and sponsored their delegations with special room rates and other perks.

Brian Parrish, CEO of the Navajo Nation Gaming Enterprise, cites research studies by Harrah’s Entertainment and the American Gaming Association that indicate “about a third of U.S. adults have a propensity to gamble, but you are not going to convert those who don’t.”

According to Parrish, “You need a good mix of non-gaming to attract those other people, but it helps to develop gaming revenue at the same time,” especially if one half of a couple gambles and the other doesn’t. “Nowadays in any jurisdiction, you need amenities that appeal to a broad number of people.”

The Navajos’ four casinos in New Mexico and Arizona make a practice of co-marketing with local businesses, he adds. “We position ourselves as an additional amenity in the area, which offers skiing, hiking, biking, white-water rafting, the Grand Canyon… (Twin Arrows Navajo Casino Resort) has a lot of strategic partnerships with businesses in Flagstaff. We participate in and sponsor all the citywide events: rodeos, festivals, shows at the (Pepsi Amphitheater). It’s in our best interest to work collaboratively, which creates a rising tide effect for everyone.”

In one distinctly local promotion, the nation’s Fire Rock Navajo Casino in the Gallup, New Mexico area offers vouchers that can be redeemed at T&R Feed and Rope Center, a local ranchers’ supply store.

“In return, they advertise for us,” says Parrish. “We’re giving back and partnering with our community, and by the way, our players can buy feed for their livestock.”

Similarly, the Baltimore-based Cordish Companies’ Live! Casino & Hotel brand offers rewards that include “dining, cruises, local attractions, world-class entertainment and more—ensuring that we’re continuously providing unique offers and benefits to card-holders,” says Niki Felton, senior vice president of marketing. “The relationships we’ve fostered with our partners are the reason our program continues to be one of the best in the country.”

Back in Atlantic City, one model of cooperation has brought together casinos and local businesses to beat the drum for a section they call “North Beach.” Partners include the city’s first casino, Resorts; the new Ocean Casino Resort (formerly, and briefly, Revel); and Hard Rock Hotel & Casino (once Trump Taj Mahal).

Sharon Franz, sales and marketing director for the 122-year-old Steel Pier, credits a flood of competition in Pennsylvania, Maryland and surrounding states for getting the once-insular resorts to pull together, and also work with attractions outside their doors.

“Competition got so big within a three-to-five-hour drive that casinos in Atlantic City started to feel the heat—that’s when everybody started to rethink their strategy,” says Franz. “The greatest thing is that, even though we’re all competing for each other’s business, we’re working together. Where else do you have three casinos partnering to create a difference and a brand?”

In a 2019 interview, Eric Matejevich, former acting CEO of Ocean Casino Resort, seconded that emotion. “We’re all working together for the first time to highlight what is a great experience here in North Beach,” he said. “A guest can have three totally different casino experiences with maybe 40 different restaurants within a 10-minute walk.”

North Beach also includes businesses along Tennessee Avenue, dubbed the “Orange Loop” because of the street’s color on the Monopoly board. New attractions there—beer halls, restaurants and music venues—all are part of the group promoting the area, as is nearby Absecon Lighthouse.

Evan Sanchez is an Atlantic City resident, entrepreneur and co-founder of Authentic City Partners, the force behind the Tennessee Avenue renaissance. He says casino resorts and small businesses in Atlantic City are “working hand-in-hand to offer awesome experiences to visitors. Being able to move from big to small for entertainment and dining is key to providing a great all-around experience. There’s no doubt that a thriving Atlantic City is in the best interest of all stakeholders.”

It’s not every man for himself today, but all for one, one for all. Kind of like Macy’s and Gimbels.