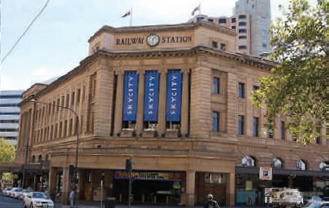 The company issued a statement to that effect following media speculation the investment might be sidelined if the government failed to adjust casino regulations, including the high tax rate on gaming machines.

However, the statement also conceded that redevelopment would only go through if it made sense for SkyCity’s investors.

South Australia Treasurer Jack Snelling, in an interview with the Australian Broadcasting Corporation, said there would be no special deals on regulation in return for the casino operator’s proposed investment.

The casino, the city’s former rail terminal, is within Adelaide’s Riverbank Precinct, currently the focus of state redevelopment plans.

Snelling told ABC, “As far as I’m concerned, they now understand that there cannot and will not be any connection between any changes to their regulatory arrangements governing the casino and their investment in the Riverbank precinct.”

Business Day wrote that SkyCity wanted a review of the South Australia tax rate on gaming machines, which at 43.5 percent is the highest in Australia. SkyCity said that the average rate in the other states is 28 percent.

SkyCity CEO Nigel Morrison said in a statement, “We will continue to work together with the government to finalize the future operating and regulatory arrangements once the task force has concluded its review.The government has made it clear that it wishes to deal with the regulatory arrangements as a separate matter to SkyCity’s proposed investment in its Adelaide Casino as part of the Riverbank Precinct development. We are entirely comfortable with that and respect that view.”

However, Morrison then went on to say that SkyCity would decide on the reinvestment matter when the operating and regulatory arrangements are known.

“Our view has always been that should the Adelaide Casino be given a ‘level playing field’ with other Australian casinos regarding regulation, we can justify a significant investment in the Adelaide Casino and reposition it as a true entertainment and tourism destination in the Riverbank Precinct,” Morrison said.