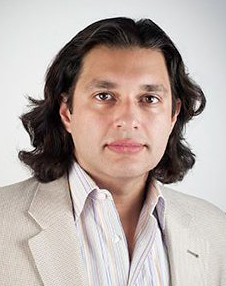 Sightline Payments has been developing unique cashless systems and strategies for over 10 years. When the pandemic made cash transactions disagreeable, casino operators finally began to understand the importance of going cashless. Omer Sattar, a co-founder and executive vice president of Sightline, explains why the move toward cashless transactions is accelerating and why the debut of Resorts World Las Vegas, with a full suite of cashless procedures, is so crucial to the success of the industry. He spoke with GGB Publisher Roger Gros from his Las Vegas office in June.

GGB: Just within the last year, the drive toward cashless technology picked up quickly. Is that because of the pandemic?

Omer Sattar: There’s been a fundamental shift, and there’s a series of things that have happened. In 2007, the iPhone comes out. No one had ever heard of an app before that, right? Now there’s an entire generation of kids that are growing up who know nothing but an app. Subsequently, a number of years later, Apple Pay comes out. Before that, there was no such thing. Now it’s used by tens of millions of people. In March of last year, when everything shut down, none of us knew what was in store for us. In May, we started getting calls from operators around the country. Since that time, contactless payments and digital payments have skyrocketed. So definitely the pandemic has been an inflection point for us in the gaming industry.

Let’s focus on your most recent installation at Resorts World, the complete version of the Sightline products, especially the Play+ system. Can customers go completely cashless at this resort for the first time ever?

That is correct. What Resorts World has done is truly remarkable. They’ve launched a handful of products all at once. The pedigree of Resorts World is obviously incredible. They have been doing forms of cashless in their overseas properties for the better part of a decade. So, they understand the economics of cashless, and how it works, and what drives consumer adoption. In fact, at their Genting Highlands property in Malaysia you cannot play with cash. So, in partnership with us and Konami and with others, we’ve worked to deploy the system. It’s gone a step further. It’s actually full mobile cashless, cardless cashless, and contactless cashless.

I was able to participate in one of your beta tests at Mohegan Sun several years ago. It was a bit clunky. What improvements have you made?

Firstly, we’d always thank Mohegan Sun for being truly the first in the marketplace. But that was not a mobile-centric solution. You still had to have a card, you had to put a card in the slot machine, and the world is going beyond that. In this case, you’re downloading an app. The app is taking all your information in. So, we’ve taken a lot of the lessons from sports and from iGaming, and we’re bringing them back into the brick-and-mortar casino. It’s all within the app. Whether it’s slots or tables, it works with the app.

Do you need more than one app? Of course you get the Genting Rewards app, and then do you need a Sightline app on top of that?

That was a critical piece for Resorts World, and the beauty of it is there’s only one app. The provider of the app for Genting is a company called Joingo, which we just, in fact, purchased a few weeks ago. Your loyalty is integrated, your payments are integrated, and all your rewards are integrated. So, from a consumer standpoint, you’re not hopping between apps. All your account balance is available to you in that single app, and so, it is a very seamless consumer experience.

A big hurdle over the years has been the regulators. They didn’t want players to access their bank accounts or use credit cards to gamble. How did you get them on board?

We’re working with regulators around the country in seven or eight commercial casino jurisdictions and just as many tribal jurisdictions. The regulators are taking more time to understand that digital transactions are safe and secure, and you do not have to drain your credit card accounts or your checking accounts. There are ways of putting limits, and in fact, in many ways, they’re much better than cash.