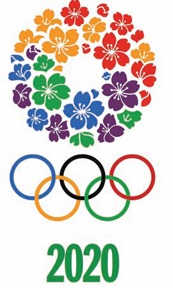 Japanese lawmakers are taking their time considering a bill that would legalize casino gaming in the country. Supporters of the bill had pledged to re-submit the legislation by March 31, the last day of the fiscal year, but failed to win support from a junior partner in Prime Minister Shinzo Abe’s coalition. Abe supports the bill as a way to grow Japan’s economy and introduce what some say could be a multibillion-dollar industry.

The lawmakers now reportedly hope to submit the bill in April. “It’s vital to have all the parties in the integrated resort parliamentary league on the same page,” said Takeshi Iwaya, a senior member of Abe’s Liberal Democratic Party. “I won’t comment on when we can submit the legislation, but we want to proceed promptly, as soon as the groundwork is done.”

The Japanese parliament, called the Diet, has been considering the bill since 2013. Lawmakers missed a deadline to vote on the bill last November, and have not made any progress this year.

Opponents of the bill, including Abe allies and religious leaders, fear that casinos could lead to problem gambling and associated social ills. Supporters see the dollar signs: According to Reuters, brokerage CLSA estimates that casinos in Japan could generate annual revenues of $40 billion. And global gaming companies are eager to buy in. Interested investors include Las Vegas Sands Corp. and MGM Resorts International.

If a bill is not pushed through soon, it’s unlikely that casinos would be open before the 2020 Summer Olympics in Japan.