Billionaire's Manila resort to open in 2014; company to probe charges 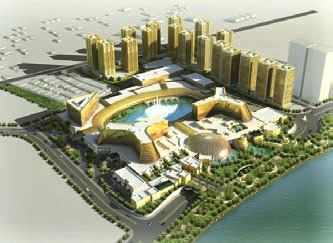 Cleared of bribery charges by the Philippines Amusement and Gaming Corporation, Kazuo Okada and his Universal Entertainment announced last month that Manila Bay Resorts will open in late 2014. Embroiled in a long and drawn-out dispute with Wynn Resorts, where he was vice chairman of the board until 2012, Okada recently arranged a large investment in the resort with Robinsons Land, a Philippine company.

Henry Yap, general manager of Robinsons Land, announced the opening date last month for the resort, located on 44 hectares of Entertainment City on the shores of Manila Bay. With four hotels totaling 2,000 rooms, the resort will also contain a casino with 3,000 slot machines and 500 gaming tables, a shopping mall, a convention center, and a number of luxury retail stores and restaurants. The project is expected to create up to 5,000 jobs.

Meanwhile, Universal Entertainment said it will launch a probe into the charges against Okada, cited in news reports from Reuters and other media outlets. The reports claimed that Universal transferred as much as $40 million to accounts in the Philippines to people associated with PAGCOR. Universal has vigorously denied the charges, and has sued three former employees for $15 million claiming they illegally approved the payments.