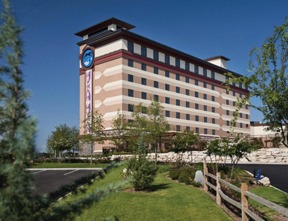 The Eastern Shawnee Tribe’s Bordertown Casino and Arena in Wyandotte, Oklahoma, just across the Missouri state line, reopened on April 2. The country-western themed casino offers 537 gaming machines, a restaurant and banquet hall—plus an arena that will host bull-riding events and concerts.

Meanwhile, due west from Wyandotte in the Oklahoma panhandle, the Shawnee Tribe has applied to the Bureau of Indian Affairs to take into trust land it owns near Guymon for a Golden Mesa Casino. Tribal leaders said the casino could add 175 new jobs, generate $3.7 million in annual payroll for the local economy and help promote tourism to the Oklahoma panhandle. If the BIA approves the application, construction could start in late 2016.

The application surprised the locals, however.

Guymon City Manager Kimberly Meek said, “No one had any inkling that they were considering it. We did not know the land had been purchased and we were just as surprised as everyone else.” She said the proposed casino land is not within the city’s jurisdiction and that some groups are planning to oppose the application.