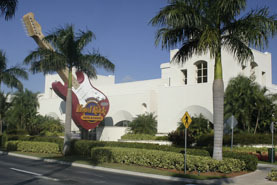 The Florida Supreme Court struck down the gaming compact signed by Governor Charlie Crist and the Seminole Tribe, throwing into question the table game operations the tribe opened at its casinos only last month.

The high court, ruling in a lawsuit brought by a state lawmaker, held that Crist overstepped his authority by authorizing the tribe to conduct banked table games including blackjack and baccarat, in addition to the Class III slots to which it was entitled.

“The governor does not have the constitutional authority to bind the state to a gaming compact that clearly departs from the state’s public policy by legalizing types of gaming that are illegal everywhere else in the state,” the ruling said.

The compact was signed hastily in November, after the federal Department of the Interior issued a deadline to get long-stalled gaming compact negotiations completed. Had no compact been signed, Interior was prepared to authorize the tribe to add Class III slot machines to its operations without any involvement by-or revenue to-the state.

Once Broward County racetracks and jai-alai frontons were allowed to add Vegas-style slots, it became legal under the Indian Gaming Regulatory Act for the Seminoles to add them to their seven casinos, including the massive Hard Rock resorts in Tampa and Hollywood.

After Interior Department officials said they were going to permit the tribe to install the slots without state involvement, Crist offered the Seminoles exclusive rights to operate banked table games including blackjack and baccarat in addition to the slots, in exchange for at least $100 million a year in revenue sharing payments to the state. The tribe, which rakes in many times that figure every year in gaming revenues, gladly obliged.

Last month’s ruling did not decide the central issue of the lawsuit, filed in November by state House Speaker Marco Rubio. The lawsuit alleged that the compact was illegal because it was not approved by the state legislature. The state Supreme Court justices, though, focused on the inclusion of table games in the compact as the basis for striking down the compact. They noted in their decision that IGRA only permits tribes to operate games that are otherwise legal somewhere in a given state.

The central issue decided by the justices, in fact, is the same issue at the center of a separate lawsuit filed in June by Isle of Capri Casinos, owner of the Isle Casino and Racing at Pompano Park. The slot casino and harness track is one of the Broward County casinos which have been harmed the most by the competition from the newly Class III Seminole Hard Rock casinos.

Isle’s lawsuit claims that the Seminole compact, whether or not it is approved by the state legislature, is illegal because it includes table games. Last month’s decision promises to provide the company’s lawyers with a strong precedent as that case progresses.

Meanwhile, the table games are still active at the Hard Rock and other Seminole casinos, pending further legal action.