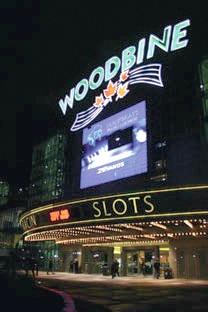 Times are tough in Toronto these days, as jobs are hard to come by, and businesses are facing an alarmingly high turnover rate. One controversial solution to the problem is to turn the Woodbine racetrack into a full casino. As is usually the case, many detractors exist.

Mike Layton, city councilor for downtown Ward 19, said, “I want to make sure these are good jobs, not just jobs.” Layton took his opinions to Twitter, claiming casinos cost communities more than they gain. “The pathway to prosperity and good jobs isn’t paved by promises of a golden mile. It’s done with new ideas and investment. Not shortcuts,” he tweeted.

Toronto Mayor John Tory has reopened the casino debate, to the surprise of some. Conservative spokeswoman Amanda Galbraith said Tory is focused on “jobs, jobs, jobs.” In an e-mail, Galbraith said, “If bringing jobs and investment in the northwest part of Toronto involves consideration of expanding gaming at Woodbine, the mayor is willing to have that discussion.”

It isn’t just a casino the mayor wants, though. “The mayor would like to see a broader kind of entertainment complex in that area than a stand-alone box casino. Expanded gaming at Woodbine racetrack has to be in concert with a much bigger vision that would drive economic development,” said a spokesman.

Deputy Mayor Denzil Minnan-Wong, who has opposed casinos in the past, said, “I think gambling is a horrible way to raise tax dollars.” Layton wants to see the city do “something new, something bold that would actually build sustainable, well-paying jobs in that neighborhood.” In 2013, Minnan-Wong voted against building new gaming facilities in Woodbine, which lost 24 to 20.