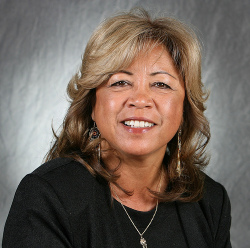 Different tribal leaders have taken different positions on this legislation; while some have claimed to speak for all of Indian Country on this topic, Indian Country has yet to speak with one voice.

The California Tribal Business Alliance (CTBA) was formed in 2004 to “safeguard and enhance the success of the business enterprises of our tribal government members.” Our philosophy also states our commitment to “act on behalf of its members to work in partnership with federal, state and local governments” and to “protect and advance CTBA members’ status as sovereign nations through productive alliances based on mutual respect and cooperation.” Our membership includes the Lytton Band of Pomo Indians, the Pala Band of Mission Indians, the Paskenta Band of Nomlaki Indians and the Viejas Band of Kumeyaay Indians.

In that spirit of consultation and cooperation, CTBA wrote to Chairman Frank on March 24 stating our concern that tribes were not consulted in the formulation of the legislation, but also stating our intent to “participate in the discussion about federal legalization of internet gambling and formulate a position on the bills consistent with those discussions.” We also expressed to Frank that “we look forward to working with you to create legislation that clarifies federal law on internet gambling and protects the interests of tribal governments.”

In response to our letter, along with several other tribal leaders who had expressed similar concerns, we were copied on a March 29 letter from Frank to the National Indian Gaming Association in which Frank stated that “I intend that this legislation should have no impact on (tribes’) compacts with states; that is, this bill should not in any way impair existing rights regarding compacts either currently in force or to be signed in the future.” In closing, Frank reinforced his commitment to consultation with tribal governments and said, “I urge you, your staff, and representatives of any interested tribal governments to engage with the committee staff and to propose solutions to those problems.”

CTBA, working with like-minded tribal leaders representing the Mohegan tribe, the Mississippi Band of Choctaw Indians and the Barona Band of Mission Indians, responded to Chairman Frank’s request, and on July 13, submitted a letter signed by all of our tribal leaders outlining our concerns, in hopes of educating Frank and his staff about such issues. We worked closely with his staff to develop language that would address the issues as they were expressed in our joint letter.

On July 28, the House Committee on Financial Services voted, by a margin of 41-22, to report the bill out to the full House of Representatives. Chairman Frank’s Manager’s Amendment included language that addressed the majority of our concerns. During the mark-up of the bill, Chairman Frank also reaffirmed his intent to work with Rep. Dale Kildee (D-Michigan) of the Natural Resources Committee to resolve any potential jurisdictional issues. The language in the Manager’s Amendment addresses our concerns regarding the following:

In addition, by working with Rep. Brad Sherman (D-California), CTBA was able to include amendments which address an issue that is of great concern to our alliance, the assurance that bad actors (illegal offshore internet gaming sites, persons who have intentionally committed a felony violation of federal or state laws, or knowingly violated gambling laws after the enactment of the Unlawful Internet Gambling Enforcement Act of 2006) not be allowed to operate in the United States.

The member tribes of CTBA are banded together by a forward-thinking, entrepreneurial spirit. In that regard, we work together closely to not only protect our existing businesses but to also look for opportunities which will provide a basis for future business that will enhance and provide a revenue stream for our governmental operations. It is incumbent upon tribal governments to be prepared to meet the challenge of internet gaming and ensure tribal interests and concerns are addressed, while protecting our sovereignty.

The internet gaming industry has been operating for almost 15 years. It is part of the international economy. When the Indian Gaming Regulatory Act was passed in 1988, no one dreamed of the dramatic impact that it would have on our tribal economies. Internet gaming provides the potential to expand those economies, as long as tribal governments remain at the table educating and helping to provide solutions to real and potential problems.

On behalf of CTBA, I urge tribal leaders to thoughtfully consider how to make internet gaming yet another exciting opportunity for tribal governments by working with Chairman Frank, as well as their individual representatives.