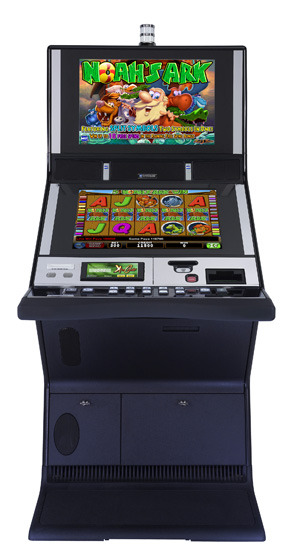 Advanced Video Platform), uses that video platform’s high horsepower to create a different sort of video graphic than previous games in the format, which tended to use the extra computer power for live-action video.

Cartoon-like video animation is presented in this game, albeit in extremely high definition and very sharp colors. Cartoon characters representing single animals or pairs of animals in Noah’s ark pop through reel symbols that are represented as portals in the side of the wooden ship.

But the Bible story’s pairs of animals also translate into a very intriguing new feature in this 30-line game-a proprietary feature called “Split Symbols.” When two characters appear in one symbol, it is counted twice-the five reels can contain up to 10 symbols per payline, enabling up to 10 symbol wins on each line.

The free-spin bonus is another strong feature of this game. When triggering symbols land, 10 free spins play out, with, according to the manufacturer, a 281 percent average return on bet for each spin. The player will nearly triple his wager, on average, for each free spin.