Christie rejects online bill, but other states are still in the game 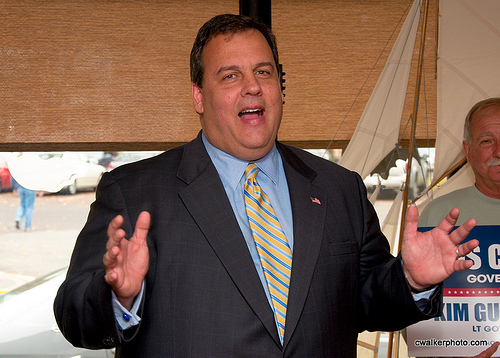 The uncertainty of the impact of intrastate online gaming in New Jersey apparently was too much for Governor Chris Christie, who last month vetoed the bill conditionally. The bill was the first that would have legalized online wagering to pass any state legislature in the U.S.

In addition to legal and constitutional concerns, Christie reportedly rejected the argument that because the servers would have been based in Atlantic City at the casinos there, the gambling actually takes place in the only city in New Jersey where gambling is legal.

“In my view, the creation of a legal fiction deeming all wagers to have ‘originated’ in Atlantic City cannot overcome the clear and unambiguous language of the state constitution,” he said in a veto message.

Therefore, according to Christie, a referendum put before the voters of New Jersey is necessary. A recent poll indicated that 67 percent oppose the introduction of online gaming in the state, while a majority favor sports betting in Atlantic City.

“If the legislature believes that expanding gambling outside of Atlantic City is in the best interests of the state of New Jersey, it should place the question on the ballot for the voters to decide,” the governor said.

Christie also was worried that the bill would have spurred the establishment of “cyber cafés” that would have attracted gamblers without access to computers or those who wanted more high-tech features. Since these cyber cafés would have directly competed with Atlantic City casinos that were designed to be aided by the bill, Christie could not see how the measure would have accomplished that goal. He also didn’t want gaming centers popping up in communities that didn’t want them.

Another concern voiced by Christie was a portion of the online gaming tax revenues that would have been dedicated to horse racing in the state. He has consistently rejected any kind of subsidy for that industry, even one paid for by the casinos in Atlantic City.

Senator Raymond Lesniak, the sponsor of the online gaming bill, said he would not try to override Christie’s veto of the bill, which passed overwhelmingly in both houses of the legislature. “The votes just aren’t there,” he said.

But Lesniak wasn’t giving up, and said he would soon submit a bill that addressed all the governor’s issues.

“While the governor expressed concern with some aspects of the bill today, he’s committed to the general idea that we have to expand gaming product in order to bring our gaming industry back from the brink of fiscal insolvency,” said Lesniak in a written statement. “I’m encouraged that he’s expressed an interest to work together to maintain the core idea behind internet wagering while making sure that such operations cannot be hijacked by unscrupulous operators.”

Since the bill was vetoed conditionally, legislators can address the concerns of the governor with specific passages in the bill, rewrite the bill, pass it with a simple majority and return it to the governor’s desk.

Lesniak said time was of the essence, particularly with bills being considered by the Iowa and California legislatures.

“We need to work as quickly as possible to bring this bill back to the governor’s desk, and position Atlantic City to become the Silicon Valley of the high-tech gaming sector,” he said. “New Jersey can still become the first state in the nation to offer legalized internet wagering, and by leading the way, we position the Garden State to reap the benefits of getting in on the ground floor of a multimillion-dollar market.”

While legalized online gaming would have benefited the Atlantic City casinos, the city’s major operator, Caesars Entertainment, lobbied strongly against the legislation. Caesars is taking a more national approach, favoring a federal bill legalizing online poker. At a recent conference in London, Caesars Senior Vice President of Communications and Government Affairs Jan Jones called the New Jersey bill “dangerous” to that goal of a federal measure.

“We’ve always felt that the first focus should be trying to enact federal legislation,” she said.

Christie’s veto message didn’t address any possible federal problems with the bill. Experts had questioned whether the Justice Department would have challenged the bill in court under the tenets of the Unlawful Internet Gambling Enforcement Act of 2006 or the longstanding Wire Act that has been used to prevent gambling across state lines and the transfer of money electronically for gambling purposes.

Meanwhile, lawmakers in Florida, California and Iowa are working on gambling bills that would regulate online poker.

Florida lawmakers are expected to consider legislation that would allow dog and horse tracks and jai-alai frontons to create portals to legal online poker rooms. Each card room would give the state 10 percent of revenues—the same amount given from live poker rooms.

“We want to legalize it, regulate it and bring the revenue to Florida. To me it’s common sense to protect our players,” said Democratic Rep. Joseph Abruzzo, who introduced an internet poker bill last year and will reintroduce the measure in the upcoming session. (He recently said he may raise the state’s revenue cut to 20 percent.) A similar bill was introduced in the Senate.

According to the bill, the state would contract with up to three sites as a hub, with the websites of Florida’s 23 parimutuels that have card rooms serving as portals. Players would access one of the websites to play with other Florida players. The company that runs the hubs would give a small portion from each pot to the card rooms.

In the Iowa Senate, a committee approved an internet poker bill after it had already passed the House. Democratic Senator and President Pro Tempore Jeff Danielson included internet poker in a wide-ranging gambling bill. The measure would allow only Iowa’s existing casinos to offer intrastate online poker through one shared poker network, Danielson told Gambling Compliance.

An internet poker site in Iowa could generate up to $35 million in annual tax revenues for the state, said Kirk Uhler, vice president for government affairs at U.S. Digital Gaming, one of the companies hoping to operate Iowa’s online poker network if Danielson’s bill becomes law. An estimated 150,000 Iowans play internet poker. “We think it is a viable marketplace,” Uhler said.

Tim Albrecht, spokesman for Iowa Governor Terry Branstad, said the governor has not taken a position on the online poker bill. Branstad has proposed raising taxes in the land-based casinos from 22 percent to 36 percent.

In California, lawmakers were watching New Jersey’s pioneering efforts in online gaming very closely, although proponents of legalizing online poker in the Golden State say they are not concerned with what another state does.

“We’re focused on our efforts here,” said Ryan Hightower, of the California Online Poker Association. This group is a consortium composed of 28 gaming tribes led by the Morongo Band of Mission Indians and 13 card rooms.

Jan Beverley, general manager of one of those card rooms, the Lucky Lady Casino, is optimistic about success.

“It could be very lucrative,” said Beverley. “We would want to try to be a part of that. I think it will be good for California to get some revenues from it because people are going to play no matter what.”

It is estimated that 2 million Californians, or more than half of the national players, accounting for $2 billion, annually defy this law. The state could be collecting as much as $1 billion a year in taxes, says Hightower. The biggest offshore websites are Poker Stars and Full Tilt Poker, both of which are considered criminal enterprises by the U.S. Justice Department. About two-thirds of those polled in California favor such a law.