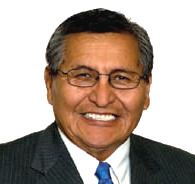 A regulation that would prohibit smoking in public places on the Navajo Nation’s reservation—except in tribal casinos—was vetoed by Navajo Nation President Ben Shelly, who said the measure “does not adequately address any given employees who are subjected to a smoking workplace environment.” The Tribal Council passed the bill on July 20 in Flagstaff, Arizona. The bill would allow the council to reconsider the casino exemption after gaming financing debts were paid.

The regulation said smoking would have been allowed only in designated areas of casinos, such as at slot machines, in outdoor areas and on golf courses. In addition, $150,000 would be set aside annually from gaming revenues to provide anti-smoking education.

Shelly said he was committed to protecting tribal members “from cancer or diseases caused by exposure to secondhand smoke or tobacco use.” He noted, “Although the legislation identifies ‘public places,’ it does not specifically highlight those places such as schools, playgrounds, parks or places where it is of the highest priorities to prohibit and encourage a healthier environment.” He urged the nation’s Division of Health, Division of Public Safety, Judicial Branch and the Navajo Nation Gaming Enterprise to “work together to draft a bill that considers a healthy lifestyle for the Navajo people.”