The outbreak of the Coronavirus has had a major impact on the gaming industry. With this in mind, GGB is committed to providing updated news and analysis on our weekly news site, GGBNews.com.
DATELINE GLOBAL 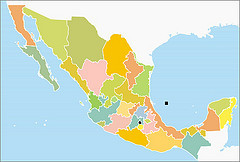 Gaming continues to expand in Mexico. Now all that is missing is the legislation that would make it official.

“Basically, what we have now is a regulation acting as a law,” Alfonso Pérez Lizaur, president of the Mexican Gaming Operators Association, told industry news source GamblingCompliance. “It’s possible, although by no means probable, that a new president could cancel or change the regulation without having to go through Congress. And that could kill the industry.”

The regulation Pérez refers to is a 2004 presidential decree from then-President Vicente Fox, which allows the issuance of licenses for betting and bingo parlors, which in turn may offer electronic gaming machines. In some cases, operators are interpreting the use of an automatic shuffler as qualifying a table game as an electronic product.

Independent Rep. Jaime Arturo Vázquez told gaming news source Soloazar that current reforms to gaming legislation are insufficient for the regulation of the industry, and that protectionism, favoritism, influence-peddling and the “cloning” of permits continues unchecked.

The reforms he was referring to are contained in a draft bill introduced by Senator Felipe Gonzalez in the last week of March. The bill seeks to rectify the concerns expressed by Vázquez and includes specific regulations, as well as measures to inhibit the activities of organized crime in relation to gaming.

Mexico is expected to have a total of three such bills to consider this year. But in addition to what appears to be a lack of consensus on how to proceed, some contend there is also a deadline. Mexico is holding general elections in July 2012.

“In my opinion, it is not the right time because the presidential election is next year,” José Luis Benavides, a gaming law expert in Mexico City, told GamblingCompliance. “Gaming, right now, is not an important issue for Mexican politicians.”