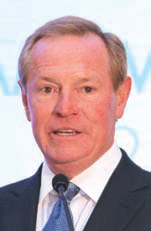 The prospects for casinos in Taiwan may be undergoing a dramatic shift in the aftermath of a report that the Chinese government will not allow its citizens to visit any gambling venues that might be developed there.

The report is based on “certain comments made by multiple mainland Chinese officials charged with Taiwan-related issues and echoed by Taiwan’s transportation minister,” said Union Gaming Research Macau in a note to investors.

“Given this dynamic, any casino built in Taiwan would therefore largely be dependent on locals, which means that only a casino built near population centers, such as Taipei, would make sense—and only if locals are allowed to gamble,” said the Macau-based investment brokerage, which reports that the minister, Yeh Kuang Shih, has suggested to the national legislature that casino gaming be legalized in an established special economic zone near Taoyuan Airport in the capital city.

Weidner Resorts, headed by U.S. gaming industry veteran William Weidner, a former president of Las Vegas Sands, has proposed an investment of several billions of dollars in a mixed-use resort complex on Matsu that also contemplates an overhaul and expansion of the island’s transportation infrastructure and water-treatment and power plants.