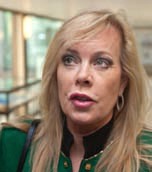 The Arkansas Supreme Court ruled last month that two proposals to legalize casino gaming in the state were fatally flawed, and denied them a position on the November ballot. This means voters will not be able to voice their opinions on any gaming-related measure this year.

The court unanimously denied Texas businessman Michael Wasserman’s request for more time to gather signatures for a proposed ballot measure granting him exclusive rights to operate casinos in seven counties. Wasserman had argued that Secretary of State Mark Martin’s office improperly rejected his petitions, claiming they did not meet signature requirements for placing the proposal on the November ballot.

The high court also ruled on another lawsuit filed by the Arkansas Racing Alliance, funded by the racino Oaklawn Jockey Club in Hot Springs. Professional poker player Nancy Todd’s ballot proposal would have given her exclusive rights to operate casinos in four counties. Todd sued the state for rejecting the wording of her amendment after election officials said it didn’t inform voters it would repeal the so-called electronic games of skill offered at racetracks.

Ironically, both measures will still be on the physical ballots for Arkansas voters, because of the late nature of the court challenges to the questions. The Supreme Court will instruct the state’s Board of Elections to ignore the questions and not count any votes for or against the issue.