What issues shaped iGaming in North America, and what was the impact of each? 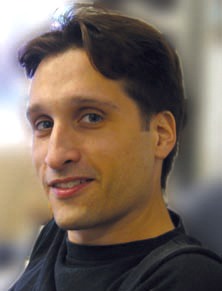 The rejuvenated prohibition movement has been stunning at times, but for internet gambling, there certainly has been no shortage of bold political measures taken over the years. Here’s a retrospective look at 10 equally bold iGaming policy moves taken since internet gambling emerged in the mid ’90s.

The introduction of Rep. Jim Leach’s iGaming prohibition bill in 2000 was a defining moment for the evolution of the Unlawful Internet Gambling

Enforement Act (UIGEA). Prior to that, critics lambasted previous prohibition proposals as unenforceable. Leach changed the game, however, by placing the burden of enforcement on the very influential—and not always agreeable—banking industry.

Up to that point, the banks seemed content with their collective voluntary block on

iGaming, but Leach’s UIGEA would have removed their discretion from the equation. It was not exactly the path of least resistance. The bill failed, and the funding language was shortly thereafter folded into the pre-existing so-called Goodlatte bill, restoring Rep. Bob Goodlatte’s position as the House’s champion for prohibition. But in the end, Leach’s proposal proved to be the genesis of the eventually successful UIGEA.

9. Fristing the Night Away (Version 1)

After a decade of failed attempts to ban internet gambling, supporters of prohibition got the break they needed after Senator Bill Frist folded UIGEA into a larger, unrelated must-pass bill. When Congress passed the SAFE Port Act of 2006 late at night during a pre-recess crunch, many voters had no idea the UIGEA language had been written into the bill. It was not clear how or why Frist took charge of the prohibition movement, but cannot be ignored that he was at that time gearing up for a 2008 presidential campaign, which was to kick off in Leach’s home state of Iowa.

8. The Rallying Cry that Wasn’t

Seeking support for the fight against online gambling, Senator Jon Kyl often referred to iGaming as the “crack cocaine of gambling,” attributing the phrase to Howard Shaffer, director of Harvard Medical School’s Division on Addiction Studies. The mantra was especially effective coming from such a highly respected scholar. The only problem was that Shaffer never said that about internet gambling; he actually used the phrase in reference to video poker. Kyl liked it, though, so he tailored it to internet gambling and ran with it. His rallying cry was a misquote, but no one—not even Shaffer himself—ever called him on it.

The player liquidity issue that plagues U.S.-licensed online gambling operators was no matter for North Dakota state Rep. Jim Kasper. Not only was he one of the first U.S. policymakers to introduce legislation to regulate—rather than prohibit—internet gambling, he shot for the stars in 2005 by proposing a model through which state-licensed operators could offer internet gambling to customers worldwide. He also went to existing iGaming operators (i.e., outlaws) for input and support—a very bold move given the government’s distaste for the industry’s pioneers. Perhaps the story’s most interesting angle was that payment processing was the industry’s biggest challenge at the time, and North Dakota just so happened to be home to the nation’s only state-owned bank. Kasper’s plan fell short, but one has to wonder how things would have panned out in North Dakota had he succeeded.

Congressmen Barney Frank had little to no interest in regulating the internet or the gambling industry but passionately fought all government efforts to tell people what they can or cannot do in the privacy of their homes. For this reason, he adamantly opposed UIGEA and almost immediately after (or perhaps even before) its passage went to work on a bill allowing regulated online gambling. After 12 years of gambling opponents driving for prohibition in Washington, Frank was the first to buck the trend—long before his contemporaries in Delaware, New Jersey and Nevada—by introducing his Internet Gambling Regulation, Consumer Protection and Enforcement Act to a Congress that not long before voted to ban online gambling.

Next month, the Top 5 iGaming moves.