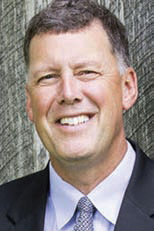 Several new proposals in the state Senate are complicating debate in the Pennsylvania legislature to draft an omnibus gaming bill that would legalize online gaming and implement gaming expansion measures including slots at airports and other new gaming.

A new push to include slot machines at bars and taverns in the package is further muddying the waters in the gaming debate.

Operators and gaming proponents in the state House have already lambasted a proposal in the Senate to tax online gaming revenues at the same rate as land-based gaming. Adding to the criticism is a new proposal from state Senator Joe Scarnati, president pro tempore of the Senate, to place operation of online gaming under the purview of the Pennsylvania Lottery, rather than the successful New Jersey model of having land-based casinos operate iGaming sites.

Penn National Gaming, which operates Hollywood Casino at Penn National Race Course near Harrisburg, is one of the operators that has come out against the state Senate proposals. In an interview with CDC Gaming Reports, Eric Schippers, senior vice president of public affairs for Penn National, said the result of taxing iGaming at the same rate as land-based gaming would be that no casino would apply for an iGaming license.

“The key question around iGaming right now is focusing on the tax rate that would be applied,” Schippers said. “We are trying to knock down some sort of silly notion that you could have tax parity between iGaming and the slot machines and that it could be a successful industry. We’re trying to convince them that if they do this, no one will sign up for it. We’re spending a lot of time trying to educate legislators on that business.”

State Rep. Scott Petri, chairman of the House Gaming Oversight Committee, is one of several members of that chamber also said to be pushing the tax-parity argument in the gaming debate.

Land-based casinos in Pennsylvania pay a rate of 54 percent for slot machines and 16 percent for table games. The House bill passed last year set the iGaming tax rate at 14 percent.