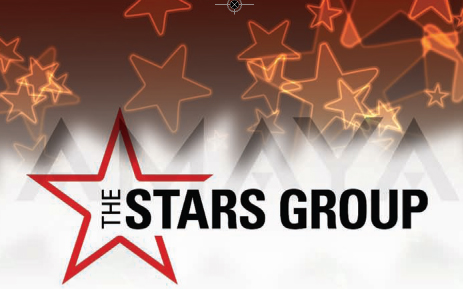 In the summer of 2014, the online gaming world was caught off guard when Amaya Gaming, a small Canadian B2C gaming company, purchased PokerStars and all of its assets for $4.9 billion.

The shock was not only because it was Amaya Gaming that was purchasing PokerStars, but because online poker is largely seen as a non-growth area of online gaming. What these people didn’t consider was PokerStars had more room to grow than any other gaming company because it lacked sports and casino.

Since the sale, the company has been anything but idle with its new toy. Over the course of 2015, Amaya added casino games and sports betting, and began fundamentally shifting the PokerStars online poker business model.

Another significant change occurred on August 1, when in an effort to tie all of its products together, Amaya rebranded itself as the Stars Group.

On the latter front, so far, so good.

Since branching out and adding casino and sports betting, the company’s top-line revenue numbers have grown.

Revenue is also better balanced between poker and its other products.

“Our evolution and transformation into the Stars Group continued as we completed our name change and head office move, while our second quarter saw the strengthening of our core senior management team and continued solid revenue growth led by our real-money online casino offering,” says Rafi Ashkenazi, chief executive officer of the newly minted Stars Group, during the company’s Q2 2017 earnings report. “We plan to use this momentum to continue improving and strengthening our business and pursuing our strategic objectives.”

With the Stars Group branching out into sports betting and casino, the company’s “strategic objectives” have certainly undergone a radical shift.

No longer completely reliant on online poker revenue—evidenced by poker revenue falling 5.9 percent year-over-year in Q2—PokerStars is in a much different place than it was just three years ago under the stewardship of the Scheinbergs, and even more recently under the leadership of David Baazov, who resigned and was later charged with insider trading in Canada. The charges are still pending.

Founded in 2000 by father-and-son duo Isai and Mark Scheinberg, PokerStars went live with a play-money beta test on one of the most infamous dates in world history: September 11, 2001.

Despite its ill-omened launch date, the PokerStars software was well received. Three months later, on December 12, 2001, PokerStars launched its real-money client. In the ensuing years the company would grow larger and more important than virtually anyone could have imagined.

However, for most of its existence, PokerStars bucked an industry trend, and remained exclusively an online poker provider.

Not only were they proverbially “printing money” as the top online poker operator during the poker boom, but by avoiding casino and sports betting, PokerStars has been able to argue it was operating lawfully in the United States (its largest market) during the 2006-2011 period between the passage of the Unlawful Internet Gaming Enforcement Act (UIGEA) and what would become known as Black Friday.

Because they were poker-only, PokerStars claims it was never in violation of the big three of U.S. gambling laws: the 1961 Wire Act; the Illegal Gambling Business Act; and, UIGEA.

Legal opinions obtained by the company stated that since PokerStars was only offering online poker, a game of skill, they were in compliance with all three U.S. laws. Had the company moved into casino, or the even more problematic arena of sports betting, that would not have been the case.

Interestingly, PokerStars legal counsel opined that the 1961 Wire Act only applied to sports betting and not to online poker. Several years later, a 2011 Department of Justice Office of Legal Counsel opinion that paved the way for intrastate online gaming in the United States agreed with this assessment.

That said, not everyone agreed.

In 2011, PokerStars was caught up in a rash of online poker indictments issued by the U.S. Attorney for the Southern District of New York. The major online poker operators in the U.S. were seized, and key individuals at Full Tilt Poker, PokerStars and Ultimate Bet/Absolute Poker all faced charges.

Of the affected sites, PokerStars was the only one that weathered the storm. A testament to the company and its executives who didn’t fall into the trap that took down its chief rival Full Tilt Poker—using player deposits for operational expenses—PokerStars had already begun branching out into other markets, and its reliance on the U.S. market was waning.

In the end, the Black Friday indictments made the decision easy: agree to leave the U.S. market until the country got its act together and legalized online poker and/or gambling.

Once it left the U.S. market (PokerStars later settled with the Department of Justice but admitted no wrongdoing; to date, however, Isai Scheinberg has not reached a settlement agreement), PokerStars’ hands were untied and the company was free to explore sports betting and casino games, which are legal and regulated in many of the other markets the company was licensed in.

One market that remained out of reach was the United States.

In 2013, the U.S. market was just opening up. After its application for a New Jersey license was suspended, it became clear that as long as the Scheinbergs were at the helm, and any vestige of their 2006-2011 past was in place, U.S. regulators weren’t going to welcome PokerStars with open arms. This, despite its settlement with the government explicitly stating the company could return to the U.S. in legal markets.

So, after 13 years under the stewardship of the Scheinbergs, PokerStars changed hands, and in September 2015, it received its New Jersey gaming license for online poker and online casino games.
Core Customers Unhappy

When Amaya Gaming took control of the world’s No. 1 online poker site, change was anticipated, but the speed at which the changes were made caught many people off guard.

Longtime customers were nonplussed with the new direction and cursed Amaya for not being true to the company’s poker roots.

One of the key points of contention for disillusioned PokerStars customers is the rewards system. This was magnified by a 2015 decision to prematurely end rewards designated for the top tier of the program.

The once-lucrative (for a small minority of players) program has been systematically dismantled over the past several years, with a completely new rewards system launched earlier this year, much to the chagrin of the high-volume players that once benefited from PokerStars’ generosity.

Eric Hollreiser, vice president of corporate communications for the Stars Group, says the changes were necessary “to bring greater balance to the ecosystem and economy within our player community.”

The company’s old VIP Program incentivized high-volume, consistent play, with some of the highest-volume players earning as much as an 80 percent discount.

“This kind of reward program was very successful during the poker boom, as we had such high volumes of new players coming to the game month after month,” Hollreiser says. “The times changed, though.”

“There was a problem that the old model of rewards had created, a class of players who were ‘making a living’ through the rake-back rewards, while being break-even at the tables. Obviously this was not every high-volume player, but over time it consisted of a large—and growing—class of players. Individually, it’s not a problem, but at scale it is because the rate of growth of these players was larger than the rate of growth of new players, and the skill gap increased considerably, which meant that recreational and new players were losing their bankrolls at a faster and faster pace.

“This created a disincentive for these players to return, make another deposit and find out what poker is really about.

“A key point that has been frequently overlooked is that far too many players weren’t getting anything out of our previous rewards program, which was predominantly focused on a month-long goal.

“We believe that Stars Rewards is more accessible and better tailored to a wider group of players, and with greater immediacy.”During the Q2 earnings report, Ashkenazi says, “To date, Stars Rewards has positively impacted the overall product ecosystem across verticals and has received positive feedback from most players.”

The company is trying to gobble up online casino and sports betting market share while making long-overdue, but divisive changes to its online poker product.

Casino and sports are its growth verticals, but poker still butters its bread. Unfortunately, the changes have hurt the company’s reputation.

Beyond the rewards changes, new products like Spin & Go and the addition of casino and sports betting have created a narrative within the professional poker community that says PokerStars doesn’t want players to win and is no longer putting poker first.

“We believe we offer more opportunities for professional poker players to win than any other site,” he continues. “Our regular tournament schedule pays out more than $200 million to players in multi-table tournaments every month. Two hundred million dollars. I think professional poker players who are confident in their skills would find that to be a very attractive proposition.

“There has always been a symbiotic relationship between PokerStars and the professional poker community—just as there has been with other poker companies, both online and bricks-and-mortar.

“Our job is to bring as many people into the room as possible, maintain a healthy and responsible level of deposits and create a safe environment in which players can compete fairly for each other’s money. The more skilled a player is, the more likely they are to win more money and more often than other players. In exchange, we take a piece of the pot.

“As we discussed, we work hard to create an ecosystem that attracts the most players and the most deposits. We have long invested more in marketing than any other poker operator.

“In terms of our reward and pricing changes, we continue to offer the most attractive platform for players to win money—potentially life-changing sums.

“We also offer more opportunities to win seats to our live events where players can likewise compete for life-changing money, and have recently changed our package policy with an aim that more part-time players will be able to experience our great live events.

“We no longer offer players the ability to earn significant rake-back simply for playing in high volumes. So we believe we are maintaining that symbiotic relationship by doing our part: bringing more money and more players onto the site.

“The truth is the symbiotic relationship does not mean that we owe anyone a living though rake-back rewards. It’s not been an easy transition, but it’s one that we believed was necessary for the long-term future of PokerStars and will allow us to continue hosting the best poker games in the world.”