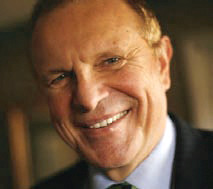 A letter sent last month by Senators Harry Reid (D-Nevada) and Jon Kyl (R-Arizona) to U.S. Attorney General Eric Holder asked the Justice Department to confirm its belief that intrastate online gaming is, indeed, illegal under the 1934 Wire Act, as the senators seemed to think.

Ray Lesniak, the New Jersey state senator who introduced a bill earlier this year that would have legalized online gaming within the state, says Reid and Kyl are all wet. In his own letter to Holder, Lesniak says the Justice Department should butt out.

“The state of New Jersey should not be impeded in any manner from exercising our rights under our state constitution and under federal law,” wrote Lesniak.

“The term ‘unlawful internet gambling’ does not include placing, receiving, or otherwise transmitting a bet or wager where,” he said, “the bet or wager is initiated and received or otherwise made exclusively within a single state.”

Lesniak pointed out that both Reid and Kyl voted for UIGEA. He also says the senators’ contention that all online gaming is illegal is mistaken.

“Were you to accept Sens. Reid and Kyl’s letter on its merits, you would have to prosecute the Nevada Gaming Board, which this year approved sports betting via mobile internet within the confines of the state of Nevada. Nevada has also approved other forms of internet and remote wagering on casino games, poker and sports within Nevada by firms like Las Vegas Sands and Station Casinos.”

“And for that matter,” Lesniak continued, “New Jersey and 37 other states would also have to be prosecuted for permitting online wagering on horse races, which has existed for years.”