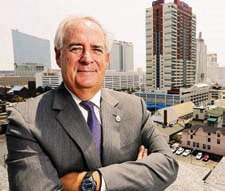 New Jersey’s first year of online gambling has brought in only a fraction of the revenue anticipated, but has also seen the state unraveling some of the technical problems that have plagued the fledgling industry.

According to a release from the DGE, the state expects credit card transaction rates to continue to improve as the banking industry becomes familiar with legalized online gaming and players become more educated about funding options.

The new credit card code is expected to increase the percentage of successful transactions for both cards.

Most other major credit cards, however, do not approve online gambling transactions at all. The report said the state is continuing to approach banks and financial institutions about credit card transactions.

The state has also seen problems with geolocation technology. Only players physically located in New Jersey’s boundaries can play on online sites. Initially, geolocation programs had difficulty distinguishing the location of players who were near one of the state’s borders and many were rejected.

The DGE now says geolocation programs have a 98 percent success rate and the division expects that to continue to improve.

Online gaming sites in New Jersey have been taking in about $10 million a month through the first year for about $130 million in total revenue. While that’s a far cry from some earlier estimates—Governor Chris Christie initially predicted more than $1 billion in revenues—it has sustained the state’s online sites. Only one site—Ultimate Gaming—failed in the state and closed in 2014.

More than 500,000 online gambling accounts have been created in the state since November 2013, the report said.

However, David Rebuck, director of the DGE, acknowledged that getting the sites up and running successfully was more difficult than anticipated. Some analysts thought that for sites that already had tested software, the process would be like “flipping a switch,” but actual implementation was much harder.

“One surprise from a regulatory perspective was how operationally unprepared the platforms were to implement internet gaming in a regulated U.S. environment,” Rebuck said. “They thought they would be able to flip a switch and start up their current system here. They quickly found out that was not going to happen.

“There was definitely a learning curve for the operators to adjust to our regulatory framework but that has improved dramatically,” Rebuck said. “Companies adapted to our new model, which we believe has helped improve the industry and raised its standards.”