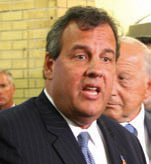 Governor Chris Christie last month signed a bill legalizing daily fantasy sports in the state. The industry will be regulated by the state Division of Gaming Enforcement. A tax rate of 10.5 percent will be imposed on the profits of DFS companies earned from players in the state. DFS officials estimated it will provide $6.6 million in tax revenues.

DFS companies praised the bill, calling it one of the best of the 16 states that have approved DFS wagering.

“The law establishes multiple layers of oversight, placing New Jersey at the forefront of consumer protection nationally, and creating a new source of tax revenue with major potential for growth in the state,” said Marc LaVorgna, a spokesman for DraftKings and FanDuel, in a statement.

The law allows DFS companies to partner with New Jersey casinos but does not require it.

Australian slot manufacturing giant Aristocrat Leisure Limited has entered into a binding agreement to acquire 100 percent of Israeli social gaming developer Plarium Global Limited at a cost of US$500 million.

The acquisition follows a similar move for social casino company Product Madness in 2012, and will see the percentage of annual revenue generated from Aristocrat’s digital sector rise from 14 percent to 22 percent.

Plarium is a privately owned free-to-play mobile, social and web-based game developer based in Israel with 1,200 employees spread across five studios and offices in Israel, Europe and the U.S. It has nine key monetized titles, led by Vikings: War of Clans, which is regularly ranked among the world’s top 10 grossing strategy games.

CEO and co-founder of Avraham Shalel will continue to lead Plarium after the acquisition, which is expected to be completed by December.

“Aristocrat has continued to deliver significant growth and outstanding results in our digital social casino business,” said Aristocrat CEO and Managing Director Trevor Croker. “The acquisition of Plarium allows Aristocrat to expand our addressable market into logical adjacent segments in the fast-growing mobile gaming market. This immediately expands our addressable market from US$3.2 billion in the social casino segment to US$25.4 billion when including the strategy, RPG and casual segments. It also provides us with a stronger platform to target the US$43.6 billion overall mobile and web games market as growth segments.”

The acquisition includes an earn-out arrangement payable to Plarium shareholders following the end of calendar years 2017 and 2018 respectively.