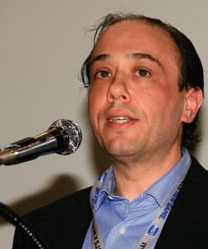 Interstate agreements where states share online gamblers are seen as a vital next step if online gaming is to continue to grow in the U.S.

Nevada and Delaware have already signed an agreement, and the third state to allow online gaming—New Jersey—could enter into that agreement and others by the end of 2014.

That’s the word from Mario Galea, online gaming consultant for the New Jersey Division of Gaming Enforcement, in an interview with Calvinayre.com.

Galea, a former chairman and CEO of Lotteries and Gaming Authority of Malta, was hired by the DGE in May 2013 to oversee the implementation of online gaming in New Jersey.

“All the hard work has been done,” Galea said. “The next step is now for New Jersey to go out there and say, ‘Hey, we have the systems in place; you guys can use our systems to be able to share that information.’”

Galea said the state is also interested in joining with Delaware and Nevada.