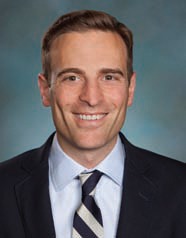 The state has filed a criminal complaint against Bryan Micon, 36, of Las Vegas stemming from an investigation by the Nevada Gaming Control Board. Micon was charged with one count of operating an unlicensed interactive gaming website between March 2014 and February 2015.

A warrant for Micon’s arrest was issued.

Micon is charged with operating an unlicensed interactive gaming website in Nevada. The website, known as “Seals with Clubs,” was allegedly an internet poker site that used the virtual currency Bitcoin, according to a state affidavit.

According to the affidavit, the board learned of the site in August 2013 after receiving a complaint. Later, in Skype conversations observed by gaming agents, Micon estimated that Seals with Clubs earned $10,000 to $12,000 profit each month.

Gaming Board Agent Ricardo Lopez then created an account in February 2014 and used digital currency to play poker.

“I placed bets using my chips, and won some hands while losing others,” Lopez wrote. “I had successfully purchased Bitcoin using U.S. currency and then gambled the Bitcoin on the website sealswithclubs.eu on two separate dates for a total of 30 hands of poker.”

Operating an illegal site in Nevada is a category “B” felony, punishable by up to 10 years imprisonment.