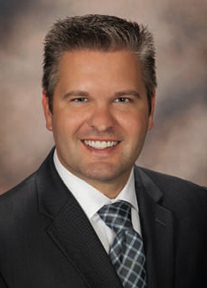 Keith Kruczynski majored in computer science at Siena College in Loudonville, New York. Not an unexpected major for a game developer. But it was the certificate in theater that played a role in his hiring at Bally Technologies, Inc. in 2004, says Kruczynski, now director of game development for Gaming Arts.

“It was probably the best decision I made in my education,” says Kruczynski, from Valley Stream, Long Island. “During my first few months at Bally, I found out that the main reason my resume was picked out of hundreds of candidates was because I had that certificate. They were looking for engineers with a creative side.”

Kruczynski spent 12 years with Bally, a period in which Scientific Games acquired the company. “I honestly can’t think of a better job. We got to make games for a living.”

The first game he worked on was “Saturday Night Live’s Blues Brothers.”

“I also worked with ‘Playboy,’ ‘Cheers’ and ‘Wheel of Fortune,’” says Kruczynski, who relaxes on the golf course and takes side trips to Disneyland with wife Lauren and daughter Brooklyn.

“I tried to mimic the style of the managers I worked for, but failed miserably. I wasn’t comfortable being a leader until I realized I just had to be myself and do what felt natural,” he says.

At every step of the way, he had people offering guidance, starting with his parents, Robert and Margaret Kruczynski. “They sacrificed a lot and worked hard to help get me where I am.”

On a professional level, Kruczynski mentored with some of the best game developers from Bally and Scientific Games: David Schultz, John Vallejo and Mike Mitchell.

“When it comes to leadership and building good business relationships, I’ve always admired my father-in-law, Tom O’Brien, and Gavin Isaacs, COO at Bally and then CEO at Scientific Games. You wouldn’t expect to see someone at that level of management around the game development area.”

“It gives the entire organization a sense of ownership and pride in our games,” he says.

For the foreseeable future, the fundamentals of successful slot games will remain the same. A fun and exciting experience wrapped up in attractive art, animation and sound will never go out of style, he says. However, the medium in which it is presented to the player is the big question.

Kruczynski believes sports betting will drive innovation in non-slot-style games and across the casino floor. But not game development. “Historically, sports-themed slot machines have rarely been successful,” he says. “Most licensed games have a direct correlation to a fun bonus or game mechanic that lends itself to winning money. Sports themes don’t really have that natural progression.”

Kruczynski’s own career provides lessons for those interested in the industry. “Don’t be one note. If you’re an engineer, learn about art, animation and sound. If you’re an artist or animator, show interest in engineering.”