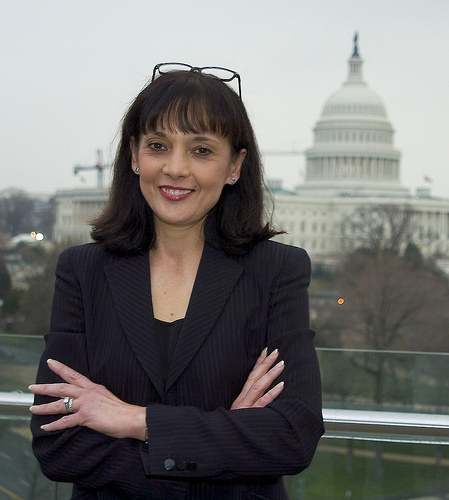 From a young age, Jana McKeag, a member of the Cherokee Nation of Oklahoma, witnessed the struggles of Native Americans forced to rely for their subsistence on the federal government. She took inspiration—and a calling—from her grandmother.

“She was a full-blooded Cherokee who became deaf after very poor treatment from the Indian Health Service,” McKeag recalls. “She told me, ‘You’ve got to help Indians.’”

McKeag has spent a lifetime doing precisely that. The Harvard graduate, who earned her master’s degree in public administration from the Kennedy School of Government, has worked with the National Congress of American Indians, the American Indian Policy Commission, the Bureau of Indian Affairs and the Department of Agriculture, where she was director of Native American programs.

In 1991, McKeag got a call that changed the trajectory of her career, and her advocacy. She was recruited by then-Secretary of the Interior Manuel Lujan to join the fledgling National Indian Gaming Commission.

“Back then, it was about bingo and Class II,” says McKeag. “No one ever dreamed tribal gaming would undergo such an incredible expansion.”

Today, as president of Lowry Strategies, McKeag continues to work on behalf of tribes across the country, both in and out of gaming. The government affairs consulting firm, which she co-founded with her husband, Tom Foley, another former NIGC commissioner, takes a bipartisan approach that is vital in fiercely partisan times.

“I’ve always encouraged tribes to work on both sides of the aisle, to strengthen their footprint on Capitol Hill,” McKeag says.

She calls gaming “the backbone of many tribal economies,” but adds that the growth of the industry has created as many problems as it’s solved—among them, revenue-sharing compacts with states that go far beyond the cost of infrastructure; the perception that all land-to-trust appeals are precursors to casinos; and the misconception that all Indians have been made rich through gaming, and require no further accommodation from Washington.

“Now we see the Carcieri decision,” says McKeag of the 2009 Supreme Court ruling that limits the land-into-trust process to tribes under federal jurisdiction in 1934.

She calls it “a huge, harmful decision” that may leave restored tribes and landless tribes without the legal ability to claim their own ancestral lands.

“Carcieri will need to be fixed legislatively,” McKeag says.

As for Indian gaming, “It’s at a crossroads,” she says. “As Senator John McCain has said, tribal gaming is a double-edged sword, because it presents challenges in preserving tribal sovereignty, and I don’t think these challenges will diminish.”

Going forward, McKeag’s goal is to help tribes make “smart business decisions” that diversify their economies and allow them to prevail, prosper and grow, no matter the state of gaming. For tribes with gaming investments, she sees fresh opportunity in internet gaming to help “expand their market, visibility, branding and demographic.”

“It’s been an honor to work on behalf of tribes for over 35 years, addressing their challenges, but also playing a role in attaining their victories,” she says. “I hope that I’m able to continue to have that privilege.”