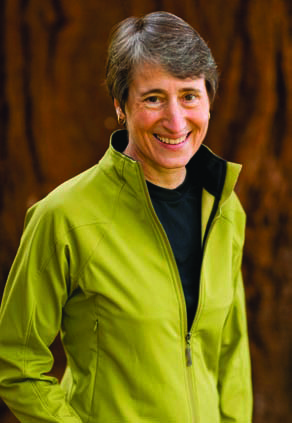 President Obama last month nominated the CEO of REI (Recreational Equipment Inc.), a manufacturer of outdoor equipment, and a longtime conservationist, Sally Jewell, to head the Department of the Interior. She will replace outgoing Secretary Ken Salazar.

In nominating Jewell, Obama commented, “She knows the link between conservation and good jobs,” the president said. “She knows that there’s no contradiction between being good stewards of the land and our economic progress, that, in fact, those two things need to go hand in hand.”

It is rare for an Interior secretary to come from the business world. Usually, that position is filled with someone with mainly governmental experience.

The National Congress of American Indians greeted the nomination favorably. It said it expected the new secretary “to make great strides and continue the transformation of the Department of the Interior under this president.”

It added, “Ms. Jewell’s career indicates that, like other leaders in the Northwest, her efforts have often intersected with and supported the timeless wisdom of tribal nations in relation to natural resource issues. Her career has also included service on boards of organizations that have partnered with tribes to expand educational opportunities for Native people, develop renewable and responsible energy solutions with the private sector and government agencies, and emphasize the importance of Native cultures and languages.”

Jewell has been CEO of REI, a chain of more than 100 stores, for eight years. From Washington state originally, she also worked previously as an engineer for Mobil Oil Corporation and for nearly two decades in commercial banking.