A speech in San Diego brings back memories 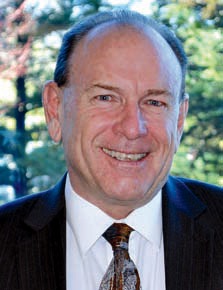 Since being appointed to the California Gambling Control Commission in late 2011, I have been honored to speak at over 30 different venues on the topic of gambling and its regulation. The locations of these speaking engagements have ranged from events in my present hometown of Sacramento, California, to China, the United Kingdom, Canada, and across the U.S.

Yet I was never more honored than by my recent invitation to speak at the National Indian Gaming Association convention in San Diego.

NIGA is a Washington, D.C.-based organization of over 180 Indian nations, with numerous associate members, engaged in tribal gaming from across the United States. Its mission is to protect and preserve the welfare of tribes striving for self-sufficiency through gaming enterprises.

For the uninformed, it is important to understand that tribal gaming in the U.S. is now just shy of being a $30 billion generator of gross gaming revenues. In other words, tribal gaming is a big deal, and the NIGA convention has grown to be a very big show. For the 2014 event, attendance was nearly 6,000 people, with a great schedule of speakers and panels. The convention also offers an impressive trade show and Native American arts and crafts event, as well as wonderful banquets.

I broke into the commercial gaming industry while dealing at Harrah’s Club at night in Reno, Nevada, in the early 1970s. I did this while working on my undergraduate and graduate degrees during the day at the University of Nevada, Reno. I eventually migrated to Las Vegas, where I joined the executive ranks with several different well-known gaming companies. In 1991, I was given an opportunity to move to Minneapolis, Minnesota, where I became involved in tribal gaming.

Before Minnesota, gaming to me was a fun and exciting job that paid well and that was always interesting. At the end of the day, however, it was about making money. With my move to Minnesota I walked into a totally different model—the tribal model—and it was an experience I will never forget.

In Minneapolis I worked for Grand Casinos, a company headed by Lyle Berman. Grand was a management company that provided financing and management services to tribal nations entering the gaming sector. The company was initially funded by what we used to call “the Bank of Lyle,” and we later went public in November 1991. Our first involvement was with the Mille Lacs Band of Ojibwe, a Minnesota tribe.

Before gaming, the Mille Lacs Band had more than its share of challenges. Approximately 65 percent of the tribal population lived below federally established poverty levels. There was a relatively high rate of the social ills that plague many impoverished populations, including alcoholism and drug abuse. Unemployment and underemployment were high, and life expectancy, especially for the men, was low.

Following the opening of the casino, things immediately began to change. Any tribal member who wanted a job got a job. The tribe was soon able to address issues that we take for granted, like replacing a defective water system on the reservation. The tribe was able to provide housing for its elders, and build a child care facility and a spiritual center.

It was able to fund health initiatives as well as a vibrant and active tribal government, and better educate its members. It was able to share its culture with a broader audience, and become a more active participant in state and federal government. It was also able to reacquire a portion of its ancestral tribal lands. Gaming revenues impacted this proud nation of people in a way that can be viewed as nothing short of miraculous.

Well, to this person from the commercial industry, this was a whole new trip. The casino experience was no longer about running a business and making money. It was about rebuilding a nation. I could cite a vast array of statistics chronicling the changes that the casino brought to the Mille Lacs Band, but there was one story that really captured what the tribal gaming experience meant to me.

I was walking across the casino floor one day at Grand Casino Mille Lacs and a tribal woman was standing behind a vacant blackjack table. As the woman was standing there I asked her what the casino meant to her, and she answered: “The casino means that I can allow my children to dream of a good education.” Well, there you have it. In one elegant statement this woman shared with me what Indian gaming is all about.

It was with rich memories like these that I attended NIGA this year. I saw so many of my old friends from the tribal sector, and so many of my new ones. Furthermore, I had the great honor of seeing Marshall McKay, chairman of the Yocha Dehe Wintun Nation, accept the Wendell Chino Humanitarian Award, and give a speech that brought tears to my eyes.

It also warrants mention that I was able to witness this speech while sitting at the banquet with a table full of the current students and alumni of the Sycuan Institute of Tribal Gaming at San Diego State University, a program funded through a tribal grant. The students were there under the watchful eye of Dr. Katherine Spilde, an incredibly impressive researcher, scholar and teacher, who was assisting them in networking with the assembled guests.

These students are certain to go on to ensure that gaming in Indian country continues to thrive and change nations. Yes, tribal gaming is about so much more than running a casino.