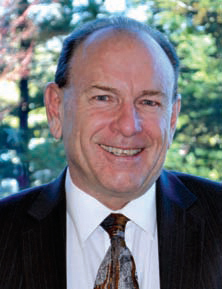 In September 2011, it was my honor to accept an appointment by California Governor Edmond G. Brown, Jr. to the California Gambling Control Commission. Shortly thereafter, the governor’s senior adviser on gambling requested my presence at a meeting in the capitol building.

I was accompanied to this meeting by the commission’s chairwoman, Stephanie Shimazu, and our executive director, Tina Littleton. The aide to the governor instructed the three of us that the commission needed to develop a fluency in the topic of iGaming.

Immediately after this meeting, Chairwoman Shimazu called a vote to decide which of the three of us should be assigned the responsibility for this task, and my vote was for anybody but me. In spite of my actively campaigning for the anybody-but-me candidate, I won by a vote of 2 to 1, brought on by the two female electors voting as a bloc.

Once elected, I took this new assignment and responsibility quite seriously. I immediately set out on a strategic plan that involved developing a network of experts within the iGaming space that would actually accept and return my calls, developing a library of articles and books relevant to the topic, and developing a database of existing statutes, bills and regulations. I also began attending, and accepting invitations to participate in, that burgeoning industry of iGaming conferences and trade shows that were being offered around the globe.

It was at one of theses conferences, held in Philadelphia in November 2013, where I met Dave Rebuck, director of the New Jersey Division of Gaming Enforcement. Dave and I were on a panel together, and the entire panel was to meet earlier in the day to discuss how we might best organize our comments.

I was materially late to this session, and when I arrived, essentially everyone was gone. Dave was just leaving the room, and I introduced myself and he stopped what he was doing, sat down, and just started visiting with me. I immediately liked Dave, for he possessed an approachability that was welcoming, plus he communicated very clearly and directly.

Following this session in Philadelphia, I worked to stay in touch with Dave, and we exchanged emails and phone calls.

Early in 2014, I accepted an invitation to participate in an iGaming conference in Atlantic City. The producers demonstrated the curious judgment of using me as one of the featured speakers in their marketing efforts, even using my picture as one of those offered on the cover of the brochure.

Shortly thereafter, I received an email from a member of the DGE staff that acknowledged that Dave had noticed that I would be attending this conference, and he was offering to open up their offices to me during that time for a tour to explain their approach to iGaming regulation. I RSVP’d immediately in the affirmative.

I arrived at the DGE offices and was coincidentally met by Mario Galea, of Malta, who is the external consultant to the DGE on iGaming matters. I had met Mario in a number of different locations, including my own office, and he was always insightful. I also met up with my friend and colleague Susan Hensel, a director at the Pennsylvania Gaming Control Board, who had just completed two terms as president of the International Association of Gaming Regulators.

Susan had been invited by Dave to join in the tour. The three of us climbed into the elevator and were whisked up to the DGE offices.

As we arrived on the fourth floor, Dave and the majority of his senior staff met us. In making a potentially long story somewhat shorter, the take-aways from what I learned over the next three hours were:

• Dave is surrounded by a group of people who are incredibly intelligent, skilled, and well-trained.

• This is a group of people that had worked long and smart to meet the requirements of launching an iGaming industry just nine months after the enabling legislation was signed.

• This is a group of people that works very well together and demonstrates all of the beneficial attributes of the concept of team. I think this is Dave’s greatest accomplishment.

• The New Jersey iGaming experiment, while being challenged by many issues related to newness, and somewhat disappointing in its revenue streams, has been able to meet the regulatory tests of eliminating underage participation and out-of-market participation. Furthermore, the fact that the systems involved account wagering made these systems somewhat implausible avenues to launder money. In short, from a regulatory standpoint, the systems did what they were designed to do, and did it very well.

Prior to the launch of iGaming in the U.S., there was a lot of speculation as to the ability of the regulators to appropriately monitor and control these systems. Some suggested that they would be subject to a whole variety of social ills, involving such issues as underage participation, difficulty in ring-fencing, and inappropriate financial transactions.

Well, the proof of the pudding is in the tasting, and Dave and his team in New Jersey have clearly demonstrated that these concerns were misplaced.

There was actually one more takeaway from my visit with Dave and his team, and that was how proud they all were of what they had accomplished. They should be.