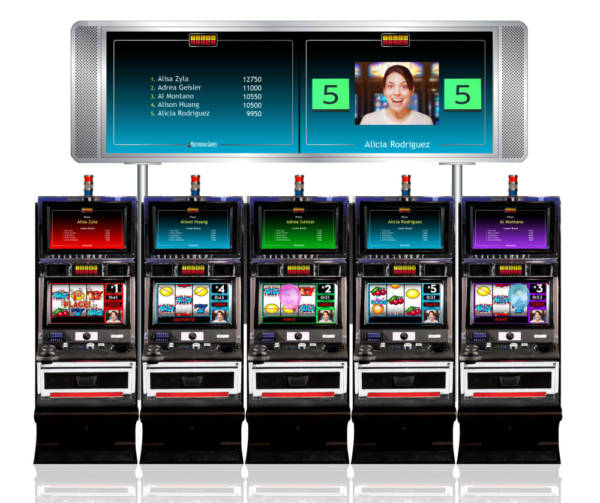 For the past two years, Austin, Texas-based Multimedia Games has  been steadily branching out from its successful Class II and video lottery business into commercial casinos in the traditional Class III markets.

It is a course that has forged ahead, even as the company switched CEOs. Former CEO Anthony Sanfilippo had his team in place by early last year to oversee a move into Class III markets. He had named Mick Roemer, the longtime slot executive for Bally, IGT, VLT and others, as senior vice president of sales. He also brought in several executives from Harrah’s Entertainment, where he had been the head of two operational divisions prior to joining Multimedia Games.

Sanfilippo’s team was built from experience in the gaming industry, and last year’s lineup of games at G2E showed the industry the talent of the company’s product development team, as Roemer orchestrated moves beyond Oklahoma and New York, its strongest Class II and VLT markets, respectively, to a steady stream of new jurisdictions.

In March, something happened that could have thrown up a serious roadblock in front of Multimedia’s plans—but did not. Sanfilippo left the company to become CEO of Pinnacle Entertainment, and took with him Ginny Shanks, another Harrah’s alum who was his chief marketing officer at Multimedia.

Luckily, there was someone already on board who was perfect to keep things moving forward. Another of the former Harrah’s talent Sanfilippo brought in was Patrick Ramsey, a six-year Harrah’s executive who joined Multimedia in late 2008 as chief operating officer. When Sanfilippo left in March, the board named Ramsey interim CEO. In September, the 36-year-old executive was named permanent president and CEO.

Multimedia barely missed a beat in its move across the country, adding 33 new licenses this fiscal year to bring its total to 90 jurisdictions, including recent additions like California, Minnesota, Kansas, Louisiana and Mississippi. The company also expanded its VLT presence in Washington, where its central determinant system got a high-tech boost with a new SAS-compatible platform.

“This has been a year of getting the licenses, opening up territories and getting the product launched on the Class III side, but refocusing on the Class II side as well,” says Roemer. “We’ve got a very large footprint in Oklahoma, so that has been a big focus for us. However, in addition to growing our base in Oklahoma, we’ve seen growing interest among Native American tribes to not only maintain but expand their Class II footprint.”

Roemer says even tribes with Class III compacts in large markets like California are maintaining their Class II games, which many see as a benefit of their tribal sovereignty that is untouched by the state. Multimedia sold 76 Class II games this year to the Pechanga casino outside Los Angeles, one of the state’s top casinos. “We’re the top-earning Class II performer in that market, where we compete with Cadillac Jack and IGT,” Roemer says.

The expansion into Class III, though, has continued under Ramsey. “We have stayed on the course we set two years ago,” says Roemer. “We’ve made great headway in places like California and Washington, and now business is starting to accelerate in Michigan and Louisiana. The great story is that the products we’re putting out are pretty consistently exceeding house averages, and in some places getting to the top.”

Roemer says the games launched at last year’s G2E have fueled the slot-maker’s expansion. Led by the interactive “Haunted House,” which has the player searching through successive creepy rooms of a haunted house in a multi-level bonus, Multimedia’s games are performing well wherever they have been introduced. Haunted House was the top performer this year, followed closely by the campy 1950s sci-fi theme of “Attack from Outer Space” and the multiple-progressive tower game “Mega Meltdown.”

“We’ve got a pretty good hit rate with the product we showed at last year’s G2E,” says Clint Owen, executive producer at Multimedia. “It’s been a little bit of a struggle going through the approval process, because every time we go into a new jurisdiction we have to modify the code a little, but we always bring the best titles from other jurisdictions into the new markets.” Owen says the company is entering each new market with around 30-40 titles, a number that is increasing every month.

Game Prowess
What has driven Multimedia in the new markets has been, quite simply, innovation in game design. Roemer says the game design team at Multimedia has “people better than at any other company where I’ve ever worked”—high praise, considering Roemer’s extensive career.

That innovation will be on display at this year’s Global Gaming Expo, where Multimedia will showcase not only a lineup of new games, but new play innovations and system products.

One of the best play innovations is a new feature on “Texas Tornado,” a popular nine-reel, 32-line game that features a bonus round with flying tractors and farm animals in a funny sequence. New versions of the game include a side wager on a five-card stud poker hand that appears in a window on the right of the game screen. Odds on the side bet are true to the game of poker—right up to 600,000-to-one for the royal flush. (It’s straight stud poker; there is no card draw.)

It is part of what Multimedia is calling its “Side Action Series,” which adds several side games involving both poker and dice, for a minimum 25-credit side bet.

Another new play mechanic for five-reel mechanical slots is “Power Stacks.” Available on games including “Koi Pond,” “Super Rubies” and “Wild Tornado,” the Power Stacks feature randomly nudges additional wild symbols which stack on the reel, up to making all symbols in a reel wild. This feature can even make every symbol on the game screen wild, returning the game’s top jackpot.

Then there’s “Lucky Dust,” a so-called “Easter egg” added to several games that awards additional coins when the player touches the screen to unleash a snowstorm, pixie dust or some other visual that results in additional winnings.

Also featured will be version 3.0 of Multimedia’s “TournEvent” tournament controller. Improvements made to the system—which allows any bank of machines to be switched instantly between revenue and tournament play—include cameras on each tournament game, which beam images of the ongoing action to the large, overhead screen. Players enter their names at the start, so everyone gets the chance to be a star during the event. A leader board tracks changing tournament positions, and follows the action much like a sporting-event broadcast.

TournEvent 3.0 also adds a dashboard at the side of each game screen, with a picture-in-picture window that runs the video of the event as it happens—or, in the case of completely automated tournaments, an animated emcee. The slot games themselves have been simplified, and one more factor has been added—a chance to win side jackpots during the game. Players can add to their scores when balloons appear on the screen by simply touching the balloons. It adds something to the experience besides the typical robotic button-pushing.

Multimedia’s G2E game lineup is just as innovative as the new tournament system. Among the highlights are several games that use frequent free-spin bonus events with special features that add to the potential award. For instance, both “Smokin’ Hot Angels”—the sequel to last year’s “Smokin’ Hot Devils”—and “Carnival in Rio” include rich free-spin events in which stacked wilds appear to boost winnings. In “King Richer,” a funny medieval cartoon theme surrounds a free-spin event in which wild symbols on the second and third reels lock in place for all remaining free spins.

Speaking of funny animation, “Bucky Beaver’s Bonus” pulls out all the stops, so to speak, in a leaking dam. An extensive free-spin bonus has beavers moving closer to a dam as they land on the reels. If they arrive before the leaks cause the dam to burst, a secondary picking bonus occurs. During the base game, the beaver characters appear randomly to upgrade wins to higher-paying symbols, or to add multipliers and mystery bonus awards.

This is a well-done game with funny animation that continues the entertainment value of games from last year like Attack From Outer Space. The high-definition graphics only add to the entertainment experience.

Another new game mechanic is featured in “Maximum Lockdown,” a unique five-reel, high-denomination reel-spinning game with five reels in a novel configuration. The middle three reels each have three spots, but the outer reels display one symbol each. When those symbols match, it is a “Lockdown,” launching a free-spin bonus paying left-to-right and right-to-left for winning combinations.

Other highlights include “Wild Wheel,” a three-reel mechanical slot with a multi-level hybrid mechanical and video wheel in the top box; and “Xtreme 7s,” a seven-line game with multiple “7” combinations and wild multiplier symbols that boost wins by 7X to 49X.

The G2E collection will prepare Multimedia Games for an important year, in which new markets will continue to open up in anticipation of licensing efforts in the largest Class III market of all, Nevada. “Our plan is that we’re not trying to win over the world this year; we’re putting the fundamentals in place,” says Roemer. “We now have 160 titles available in all classes for the various jurisdictions, and 40 to 50 new titles are anticipated for the next year. We’ve come a long way.”

Multimedia Games is likely to traverse a long way once again, and if recent history is any indication, the distance will be covered in record time.