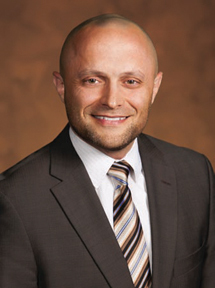 One quick look at David Lopez’s resume and one can see that he is a highly successful gaming professional with an impressive roster of positions held over the past 16 years. His journey began with an entry-level position at Shuffle Master after the former senior VP of marketing at the Stratosphere, Tom Willer, insisted that he should take the position.

“I guess I had no choice,” Lopez jokes, “but it was a good order to follow!”

In the beginning, Lopez admits, he didn’t know a lot about the industry, and felt threatened by colleagues who seemed to know more. By surrounding himself with some very smart and open individuals, however, he quickly came to discover his path for success by being a part of a great team, rather than by trying to be the strongest individual in a given group.

Lopez used his passion for listening and learning from those around him to quickly filter out his weaknesses and discover the strengths that have helped him advance his career.

Whether formal or informal mentors, these include industry professionals such as Joe Lahti, Mark Yoseloff and Gavin Isaacs, to name a few, as well as his own mother, who was his first on-the-job mentor running their family business back in Troy, New York.

Over the years, Lopez’s hard work and focus have paid off in the form of multiple promotions and various executive career opportunities. These steps have led him to his current position as CEO of slot manufacturer American Gaming Systems.

Lopez is now immersed in AGS, and is looking forward to taking what he’s learned over the years and working with the team to help grow the company.

“AGS is a great fit for me,” he says. “A small, entrepreneurial and nimble company with a whole lot of white space in front of it—it’s exciting to be at a company that’s on the upswing.”

With this new endeavor at AGS, Lopez continues to show plenty of potential for more accomplishments and milestones into the foreseeable future. This extends not only to him but to other young professionals, as he believes the culture at AGS is a great environment for new leaders.

“We are small, and all geeked up as an organization here at AGS,” he laughs. “This is the most fertile ground for emerging leaders. We want to give our people as much authority as they are willing to take.”

In that vein, Lopez has seen a shift in the industry with companies becoming more open to taking chances on less experienced employees who have shown a strong desire to advance their careers. This includes AGS and companies like it, which have become the epicenter of opportunities for emerging leaders.

“I don’t believe this was always the case,” he says, “but the next generation of execs is younger and hungrier than ever.”

He then joked about getting older himself and quickly noted that these types of professionals serve as motivation to keep him at his best. In fact, Lopez has tried to pay it forward by serving as a mentor to other young professionals. He has put in the extra time to coach, listen to, and encourage those around him.

“I think as executives, listening creates the foundation for the relationship where mentoring and personal growth can take place,” Lopez says.

Overall, if he could offer any advice from his experiences throughout his career it would be to always be a team player and know that through that experience leadership will manifest from somewhere inside.

“As the late (former Shuffle Master President) Tim Parrott said: ‘Keep your head down, do your job and grab an oar, because we are all in this together.’”