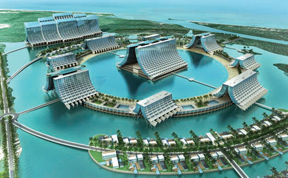 Queensland has received expressions of interest from eight development groups for the three new casino licenses the Australian state has put up for grabs.

Acting State Development Minister Ian Walker said the groups have been issued the required documents as part of the first stage of a vetting process slated to conclude on March 31.

The licenses authorize an integrated resort with gaming at the Queen’s Wharf redevelopment area in central Brisbane and two in outlying areas, mostly likely in and around Gold Coast, that are popular with tourists.

“These parties will now need to clearly demonstrate they have experience in design, development and operation of large-scale integrated resort and entertainment projects, or will be part of a bona fide bidding team,” said Walker, who added that it was too early to say whether the parties would formally submit bids.

Australia’s largest casino operators, Echo Entertainment Group and Crown Resorts, are expected to be out front in the running, and reports are that New Zealand-based rival SkyCity Entertainment Group will be among larger developers from outside the country joining the fray. The ranks of the latter include Hong Kong financier Tony Fung, who has proposed a $4 billion luxury resort and residential complex outside Cairns in the north of the state that will look to leverage the appeal of the Great Barrier Reef.

Echo and Crown will mainly be vying for the Brisbane license. Echo operates the only casino in the capital city, the Treasury, located not far from Queen’s Wharf, and the company announced in November that it will invest A$1.5 billion to replace the aging venue and also remodel and expand its Jupiters Hotel and Casino in Gold Coast.

The two also are competing in Sydney, where Crown won approval from the New South Wales government last year to develop a competing resort on Darling Harbour, where Echo’s Star will lose its casino monopoly in the state in 2019.