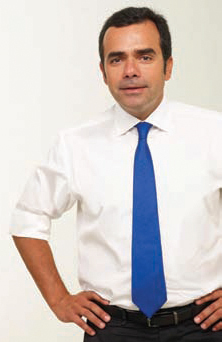 The mayors of Cyprus’ five main districts are gearing up to battle the government’s decision to create only one casino resort on the island.

In July, the cabinet announced it would grant a license for an integrated casino resort rather than hand out several licences for smaller operations. Such a destination is expected to attract between €600 million and €800 million in new investment, draw half a million tourists and create more than 3,000 jobs, according to a study carried out by private-sector consultants and commissioned by the Cyprus Tourism Organization.

Currently, there are no legally operated casinos in Cyprus, but 24 exist in the Turkish-controlled north, and these are patronized by many Greek Cypriots.

Parliament has been asked to approve legislation to end the ban on casinos. Then, the real battle has started if early comments from the mayors are anything to go by.

“I believe we would be better served by investing in smaller-scale casinos which are more viable,” said Nicosia Mayor Constantinos Yiorkadjis.

Limassol Mayor Andreas Christou said he also believes all districts should be given the opportunity to have a casino.

“All the towns have their strengths and can attract different types of visitors, so it would be fair to give licenses to all of the districts,” he said.

The decision to build only one casino will foment competitiveness between the districts rather than encourage them to cooperate with each other, added Larnaca Mayor Andreas Louroudjiatis.

“Cyprus is a small place, and we shouldn’t be put in a position where the different municipalities are having to compete with each other. That said, Larnaca has certain advantages over the other towns.”

Establishing casinos was a pledge of the present conservative government, which came to power in February, to diversify the economy after its financial sector all but collapsed in March under conditions of a €10 billion bailout with international lenders. The previous administration opposed casinos on ideological grounds.