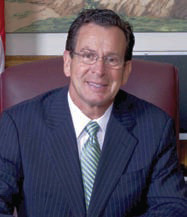 The Connecticut House joined the Senate in approving a process that could lead to a new casino jointly operated by the state’s two gaming tribes. Now, the focus shifts to Governor Dannel P. Malloy. Spokesman Mark Bergman told the Associated Press the “governor fully intends to sign it into law.”

The bill that passed both chambers creates a several-step process that could lead to building a casino that would help the Mohegan and Mashantucket Pequot tribes fend off competition from casinos due to come online in neighboring Massachusetts, but also in other nearby states.

The tribes operate Foxwoods Resort Casino and the Mohegan Sun, which are about 70 miles from Springfield, Massachusetts, where MGM is building a new casino resort due to open in the fall of 2017.

The final bill had been considerably revised from a bill that would have authorized three more satellite casinos. State Attorney General George Jepsen warned that the bill might violate the U.S. Constitution by allowing just those tribes to build casinos when other tribes are waiting in the wings to get federal recognition—and could also breach the existing state-tribal gaming compacts.

The bill as approved instead passes the ball to the tribes to work with a host community and come back to the legislature with an agreement that the lawmakers can approve or not. This would require amending state law to allow casino, i.e. non-reservation gambling. The existing casinos are on sovereign Indian land. Any agreement would also need the blessing of the Bureau of Indian Affairs.

The tribes would first issue a request for proposals for a single satellite casino. The location that has been talked about most often is along Interstate 91, strategically placed to intercept as much traffic heading south to Springfield as possible.

Three communities that have already expressed interest in hosting a satellite casino are East Windsor, Windsor Locks and East Hartford. All three are closer to Springfield than the existing tribal casinos.