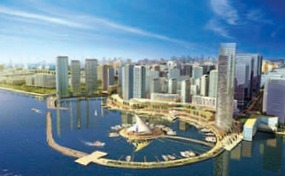 The Philippines Department of Tourism reported visitation to the country in the first quarter rose 16 percent over the same period last year, to 1.15 million people.

Visitors from South Korea were the largest contingent, increasing 16 percent to 265,031 visitors and accounting for 23 percent of total visitation. They were followed by the United States and Japan with 179,561 visitors (+6.4 percent) and 104,558 visitors (+3.9 percent), respectively.

The Chinese market had the highest growth rate with 96,455 visitors, a 77.5 percent increase.

Through the first three months of the year, the Philippines has achieved better than 25 percent of its targeted international visitation for the year of 4.6 million, the department said.

Visitation was up 17 percent last year to 3.5 million.

Analysts believe strong inbound visitation, especially from China, will be needed to support the four new integrated resorts with casinos under development at Entertainment City Manila.