What strategies will be effective to achieve success in the sports betting market? 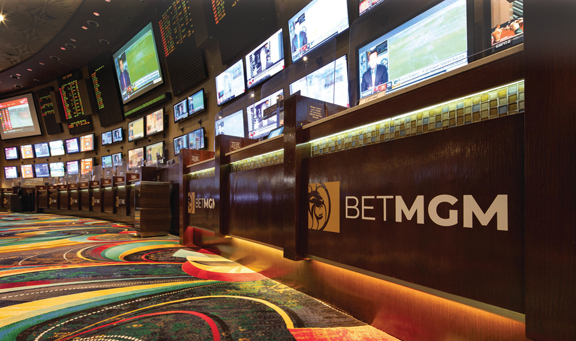 When New York state went live with mobile sports betting on January 8, the active sportsbooks licensed in the state enjoyed a burst of activity that broke records. The sportsbooks continued setting a record pace for weeks before slowing down.

When the slowdown occurred, the winners in terms of market share were still FanDuel, DraftKings, BetMGM and Caesars. Those four sites brought in a boatload of money. But they probably spent an even larger boatload of money to promote their sportsbooks. Profits? Not yet.

For the week ending March 27, FanDuel controlled 40.6 percent of the handle and 68.4 percent of revenue.

BetRivers handle brought them back to fifth place over PointsBet. WynnBET and Resorts finished seventh and eighth respectively in handle. But their hold percentage beat out everyone ahead of them. WynnBET had a 9.8 percent hold with Resorts at 7.9 percent. FanDuel was third with 7.2 percent.

Make no mistake. These places are all in business to turn a profit at some point. The question is whether sportsbooks can continue spending more than they take in until that day comes. And what about the also-rans, those in fifth or sixth or ninth place? When will attrition take hold, the survival of the fittest? The sportsbooks still in business when the advertising stops? When the bottom-feeders throw in the towel and go home? 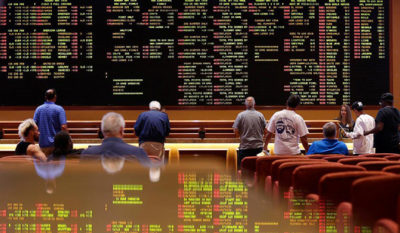 This much is known. The name of the game in New York state when mobile betting turned on the faucet was acquisition of customers and more acquisition. Promise whatever was feasible in bonuses, but get people signed to your site and worry about the consequences later.

“Ad spending and promotional spending are clearly driving market share at this point,” says Bryan Wyman, senior vice president of operations and data analytics for The Innovation Group. “Some are taking the Amazon approach: lose money while acquiring customers, and once you own the market, reduce spend and become profitable. This approach will be dependent on consumers being brand- (or habit-) loyal, and I think it’s an open question as to whether they will be.”

There are strategies that could leave the sportsbooks with only single-digit revenue share, at least in the short term, Wyman says. “I don’t think they view it as a failing that they aren’t competing for the top spot in market share. It’s just a different business model.”

Eventually, those at the top will come to realize it’s time to stop spending so much money to bring in a smaller number of people to their sites. In a conference call to discuss earnings, Caesars CEO Thomas Reeg said even a leader like Caesars is feeling the pressure to cut back on ad spend.

As Seth Young sees it, not all operators are equal.

“I’d suggest that we have three tiers of sports betting operators in the U.S. today,” says Young, chief strategy officer of Fifth Street Gaming Digital. “The Tier 1 operators are the ones with strong brands that are either already mainstream or bordering on it, with strong operational teams, a deep bench of competent managers and executives, and a strong media relationship.”

The Tier 2 sportsbook operators may be groups that are focused more heavily on casino than sports but have strong enough brand awareness in their core markets to have a tidy business and look at sports betting somewhere between an amenity and a revenue driver. The Tier 3 operators are the ones that are perennially undercapitalized, offer weak—sometimes broken—products, have fractured market access, can’t win strategic deals, treat sportsbook as an amenity, or just simply don’t understand the nuance of the market, Young says.

“Some spent more money than others to acquire customers and consolidate market share for the next few years, but we’re still in the earliest days of an emerging market,” Young says. “There are some groups in the U.S. market that will lose money hand over fist until they inevitably have to fold or sell, but there are other groups that have time on their side and can gain and sustain market share as the market matures.”

Sports betting operated as a stand-alone business is a capital-intensive exercise in the U.S. For better or worse, success in the States starts with having enough capital to credibly invest towards growth, but that does not necessarily mean spending irrationally will win in the long term.

Some of the lower Tier 1 groups, and Tier 2 groups, can benefit from taking risk on new product sets that offer them non-traditional, scalable customer acquisition funnels.

“They can move faster than their larger competitors who are almost certainly eyeing the same initiatives,” he says. “There are still opportunities for different operators to lead the market in different ways, and offer a unique selling point for both acquisition and retention, and engagement. There are emerging verticals and certain ancillary products that can offer operators the ability to acquire customers at more efficient rates, and other products that can offer tremendous operational efficiencies.”

In short, it starts and ends with product—what revenue streams a new product offers the operator, how those products will fit together to inform cross-selling from product to product, and how it ultimately impacts customer retention. “It’s nuanced, and in this moment more qualitative than quantitative,” Young says.

Put another way, it will be difficult—extremely difficult—for smaller sportsbooks to drive the same levels of market share that the big four enjoy.

“But I do believe that they can be sustainable businesses. Since they will not be able to compete on ad and promotional spend, these smaller operators will instead need to compete using business savvy and grassroots marketing tactics,” says Josh Swissman, founding partner of The Strategy Organization.

The big four operators dedicate so much bandwidth and budget to driving customers into the top of their acquisition funnels, that retaining those same customers sometimes becomes an afterthought.

“Many times, those new customers attrit just as quickly as they are obtained, typically due to large sign-up or first-time deposit bonuses that are constantly being offered,” Swissman says.

Which brings up BetPARX, launched March 15 by Parx Casino in Bensalem, Pennsylvania, just outside of Philadelphia. The company is not in the New York mix, at least not yet. But never say never. For now, they are satisfied to build their portfolio slow but steady. Parx Casino introduced online sports betting in June 2019 but spent two years preparing for the launch of BetPARX.

The operator expects to launch in five more states this year, including Ohio and Indiana. They are also the official partner of the PGA tour.

“Using ‘on the ground’ affiliates and ambassadors to drive awareness in sports bars is a great grassroots tactic to help challenger brands break through all of the noise that the big four operators are making in the market,” Swissman says.

In Pennsylvania, Parx has multiple retail outlets. One of them brought BetPARX to Chickie’s & Pete’s in Malvern, Pennsylvania. Customers can bet using self-service methods and over the counter, says Matthew Cullen, senior vice president of iGaming and sports for BetPARX. In February, the Malvern location took in $179,000, generating revenue of $58,800.

“We are in a unique position; we have a loyal following for Parx casino,” Cullen says. “We also have the ability to compete in different ways. Those ways include a physical presence, not something the others offer.”

The company has a marketing budget to get the word out, using TV, radio and digital channels to acquire customers for all its operations.

“We’re conscious of the idea of losing money and burning through money others spend like crazy,” he says. “We determine the threshold we are willing to risk. It’s an ongoing process. We’re working on it every day. We focus on the Philadelphia market, which resonates into southern New Jersey.” 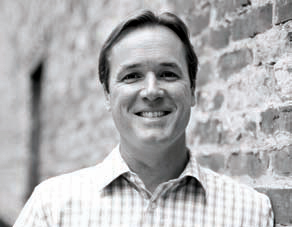 “We’re conscious of the idea of losing money and burning through money others spend like crazy. We determine the threshold we are willing to risk. It’s an ongoing process.” —Matthew Cullen, Senior Vice President, iGaming and Sports, BetPARX

Everything is a bit of a catch-22 when it comes to sports betting, Young says. “Capital is extremely important right now for operators that would like to operate at scale. But the right narrative and metrics are required to continue to enjoy capital support in both the public and private markets.”

There’s a tremendous amount of focus on the sizable capital losses that most publicly traded corporate bookmakers are posting, but it seems like many are forgetting that these operators are competing to control a (very) conservatively estimated $50 billion annual revenue opportunity.

“The underlying business model has long proven to be profitable. Frankly, I’ve been holding for years that the market will end up being much larger than data suggests today,” Young says.

So right now, it’s about those lower Tier 1 and Tier 2 operators continuing to position themselves for flexibility in growth through product, meaning an expanded depth of supporting product for sports-first operators, Young says.

Supporting products can be anything from casinos to skill gaming, fantasy sports, casual games, loyalty schemes, content initiatives, or internal tools that allow for robust predictive customer modeling, data science initiatives to deepen the operator’s understanding of its customers and their proclivities, and so many things in between.

That said, competition in this realm does require a commitment on promotional spend.

“But as operators will eventually move to focus on profitability… there may be opportunities for new groups to outspend incumbents. Every B2C operator will have to spend on advertising and promotion, regardless of the product they may bring to market,” Young says.

You can create the best product, but without marketing of some sort, it’s just a ghost town. Different products, though, can offer an operator the opportunity to acquire customers at more efficient rates. For many, right now it’s about survival and continuing to put the right pieces on the chess board.

“I do not think every operator we see in the market today will be in the market five years from now,” Young says. “But I do think there’s enough room for a dozen or so operators to gain and sustain meaningful market share that can provide an anchor for future growth and innovation, both in and out of the U.S.”

Smaller sportsbooks can exploit a lack of retention effort to dramatically increase the efficiency of their own smaller customer acquisition budgets.

“Employing solid database marketing strategies, like land-based casinos have done for decades, will ensure that customers are rewarded for their betting activity and will go a long way towards building loyalty,” Swissman says.