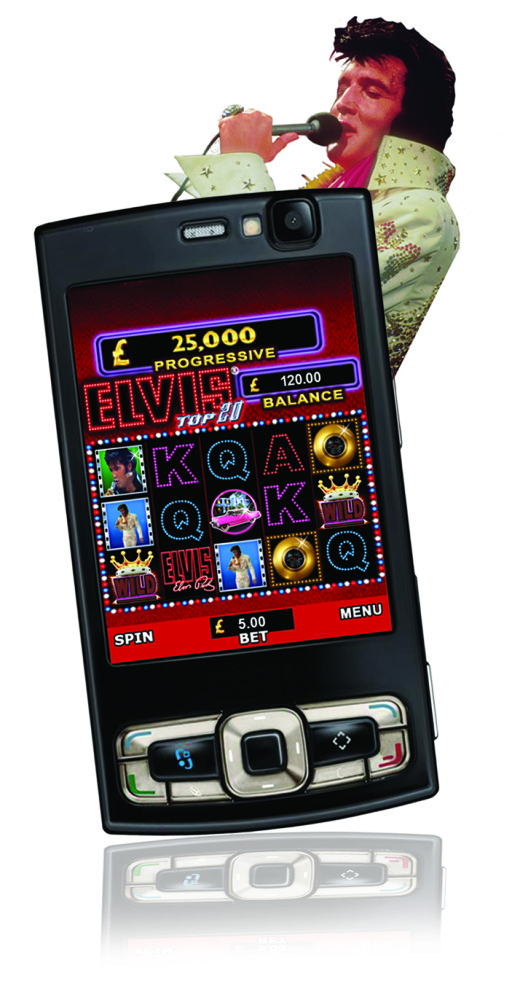 As the world becomes increasingly connected, casino operators are seeking ways to take advantage of new technology. Mobile gaming-the use of hand-held devices to play casino games-is quickly becoming more prevalent, with advancements in Nevada and across Europe enabling casino companies to bring gaming into the future.

In Europe, mobile gaming is tied to internet gaming, with licensed internet gaming companies providing accounts for users to remotely access games via iPods or other touch-screen, hand-held devices. In the United States, internet gambling is illegal, but in 2005, Nevada passed Assembly Bill 471, legalizing mobile gaming in connection with land-based casinos. The bill allows “the conduct of gambling games through communications devices operated solely in public areas of an establishment which holds a nonrestricted gaming license and which operates at least 100 slot machines and at least one other game by the use of communications technology that allows a person to transmit information to a computer to assist in the place of a bet or wager and corresponding information related to the display of the game, game outcomes or other similar information.”

In 2009, Cantor Gaming became the first company in Nevada to successfully implement mobile gaming in select casinos on the Las Vegas Strip.

Gaming on the Go
Cantor Gaming has benefited from the passage of Assembly Bill 471 in Nevada. During the four years since the state’s legalization of mobile gaming, Cantor has worked to craft a system that adheres to Nevada’s regulations while also broadening the gaming industry’s horizons. The end result, a mobile gaming system that is currently operational at M Resort, the Venetian and the Palazzo, has been a success, says Cantor President and CEO Lee Amaitis.

According to Amaitis, mobile gaming revenue comprises approximately 75 percent of the company’s business these days.

“I think the business is going to explode; it’s just a matter of when, because we already see the interest of the client in it,” Amaitis says. “There are regulatory hurdles that have to be met on everything that happens on the new products… But that’s the way it is, and we knew that going in. We’ve felt that we spent a lot of time developing technology, manufacturing the devices, making it a good user experience. We’re happy with the results to date, even in a down economy.”

The appeal of mobile gaming is twofold: For casino operators in Nevada, mobile gaming enables guests to continue playing, even if they walk away from the casino floor. Though amenities like restaurants, pools and spas have become an integral part of a casino’s success, they are also dead zones as far as gaming goes. Now, players can take the games with them. For players, hand-held devices provide the freedom to move around the casino without worrying about having cash on hand or using chips.

Amaitis says properties that offer swim-up blackjack and other means of gaming away from the casino floor have faced an interesting conundrum that mobile gaming resolves.

In Europe, the impetus behind mobile gaming is different in that gaming via hand-held devices is not directly tied to land-based casinos, though casinos can work with mobile gaming companies to create promotions that will encourage players to return to their properties. Alvin5, an Istanbul-based mobile gaming company, offers its gaming applications on Apple’s iPod products, which its casino clients in turn can provide as complimentary gifts to guests.

“After a couple of months of working and talking with clients, we realized that the iPod Touch is so cost-effective, and this cost-effectiveness enables operators to give this device to its customers as a gift, as part of a promotional or marketing or royalty program,” says Alvin5 CTO and founder Bora Turan. “This concept created another concept, and that is when the customer takes his gift iPhone or iPod, with the games installed, and takes it home and plays outside the casino. This gives operators an opportunity to offer gaming-mainly online gaming-outside their casinos.”

IGT’s remote gambling subsidiary, WagerWorks, is also based in Europe, primarily in the United Kingdom. WagerWorks is able to provide its parent company’s content to mobile gaming customers through iPhones and other touch-screen devices.

“Through the simple integration of our mobile system, our current online customers can now offer their players the same great titles on mobile that they currently play online and through their television,” says WagerWorks General Manager Oliver Lofthouse. “IGT’s group strategy is to offer great content across all platforms so that players can access the games they like, wherever and whenever they like. In the remote gaming market, game content is now available online, mobile and via interactive digital television.”

Euro Vision
With online gaming licensed and regulated in Europe, gaming companies which operate on the continent are able to offer games on mobile devices in the same way American companies offer apps on the iPhone. Alvin5 is currently partnering with internet gaming company Betfair to make online gaming via iPhone or iPod advantageous for both the internet gaming sector and the application developer.

“If I have some sort of website, and if a customer registers its service, or if a customer registers Betfair from my referral or from my website, Betfair gives me 25 percent of the net winnings of this customer any time he plays,” Turan says. “If land-based casino operators offer this service within their property and they enable customers to register for Betfair, they will be affiliates of Betfair. What this means is that Betfair or any sports betting operator will give some revenues to the casino. This is also something unique in the industry. This has not yet been tested, but we hope to make this concept a reality in January.”

Though Alvin5’s concept is not applicable to the United States as long as online gaming is illegal there, Turan says the company is working to make remote gaming for prizes or sweepstakes instead of cash a possibility for American customers.

WagerWorks General Manager Oliver Lofthouse says the European practice of offering online gaming on cell phones is simply the next step in a century where mobile devices can be all things to all people.

“Ten years ago the mobile was purely a communication device for making calls,” Lofthouse says. “Now it is a camera, music player, organizer and internet device. With mobile phone technology advancing rapidly, it is only a matter of time before more gaming operators tap into the benefits of mobile gaming. WagerWorks therefore sees the evolution of mobile gaming as a positive development for casinos that will stand as a companion and indispensable extension to their current games offering.”

Cantor Gaming began its mobile gaming operations in Europe with its Cantor Mobile application, which was developed to display interactive prices from the company’s bookmaking business in the United Kingdom. Cantor then began offering the abiity to trade U.S. treasuries on Blackberry phones, which Amaitis says was indicative of Cantor’s ability to provide secure, regulated networks.

Though Cantor is now focused on bringing mobile gaming to America, its Cantor Mobile product has been applicable to its U.S. business. The company recently introduced eDeck, a hand-held device from which Nevada players can access games within the three casinos that are Cantor’s clients.

“Nevada was one of the first states to pass the internet gaming bill way back when, but never enacted it because the federal government said, ‘You can’t regulate that; there’s no way you can do that so you cannot,'” Amaitis says. “I read that, saw that, and came with the concept to Nevada and said, ‘Look, I can control the network where it never leaves Nevada.’ In theory, yes, you can operate inside the state boundaries where you’ll never violate a federal law. That was sort of the concept around eDeck.”

Back to the Future
As mobile gaming expands its reach in gaming jurisdictions around the world, its possibilities seem endless. Cantor Gaming recently rolled out its new in-running sports betting system via hand-held devices, allowing players to place bets on sports games after an event has begun.

“You could actually do more things-propositional betting, whether a team could make a first down or not in a series of downs, and so forth,” Amaitis says. “In-running allows you to trade your position, and basically do other things that are evolved, such as the propositional bets you can make to enhance your wager. As the technology and the knowledge and the people’s ability to use the technology evolve, we’ll actually offer more products. We have it operational at M, and we operate it for the Venetian and Palazzo. We’ve seen an uptick. More clients come in; more clients feel comfortable making a bet. ‘I’ve missed the kickoff; now I’m stuck.’ No, you’re not stuck. Here’s a bet you can make.”

While Cantor is developing new ways to apply its offerings to mobile gaming, other companies are waiting to see what the future of internet gambling will be in the United States. If the U.S. decides to lift its ban on online gaming, mobile gaming could spread throughout the country.

“The future of remote gaming in the U.S market is still unknown; however, the recent interest in mobile lotteries and mobile skill gaming suggests it may be something that develops in the future once legislation changes,” Lofthouse says. “WagerWorks strongly believes in regulatory compliance as one of its strategy pillars, and once the regulatory and control authorities are in place for mobile gaming, WagerWorks will look to expand into the U.S market.”