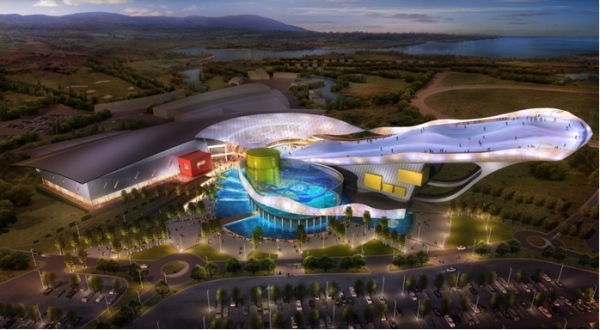 A pair of developers has plans to build a large, mixed-use leisure project at Dundalk, Ireland, a town on the coast of the Irish Sea halfway between Dublin and Belfast.

Development plans include the future addition of an “international casino” when and if anticipated legislation allows. The government is currently studying a variety of gaming sectors, including casino gaming, which at present is tolerated only at private clubs.

The complex is expected to draw 6.2 million visitors a year and employ about 1,200 full-time and 380 part-time workers when completed.

The developers are looking to have the initial elements open in the first half of 2011 with completion slated for 2016. Lodging at first will consist of a family hostel with 100 beds. Hotel lodging will follow at later stages of the project.

The Dundalk Democrat identifies the two men behind the project as Pearse O’Hanrahan and Sam Curran, directors of the company Innovative Leisure Systems.

O’Hanrahan is a former chairman of the Dundalk town council and currently heads the Dundalk Port. A director of electricity and natural gas supplier Bord Gáis Éireann since 2002, he chairs the firm’s investment and infrastructure committee.

Curran has a background of property development all over Ireland and was centrally involved in the Dundalk Ice Dome, Ireland’s only indoor, permanent, Olympic-size ice rink, completed in 2006.