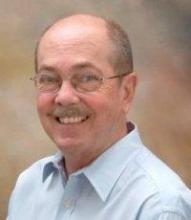 The D.C. Circuit Court in Colorado River Indian Tribes v. National Indian Gaming Commission (NIGC) ruled that the federal agency did not have the authority to oversee regulation of Class III, casino-style gambling, a function of tribal-state agreements, or compacts, required by federal law.

What became known as the CRIT decision caused problems for tribal and state regulators that incorporated mandated MICS in many of the compacts for some 250 tribes operating about 500 casinos in 29 states.

The ruling also unleashed a congressional debate over the ability of the NIGC, tribal and state regulators to adequately police the $32.4 billion tribal government casino industry.

The controversy has largely died down with state and federal officials acknowledging tribes do an adequate job in regulating the industry.

“I still think there is a need in providing guidance,” says former NIGC Chief of Staff Sharon O’Loughlin, who now serves as executive director of the Association on American Indian Affairs. “But the state of Indian gaming is completely different.

“They’ve built their own infrastructure. They’ve established their own framework for regulations.”

“The bigger, more sophisticated operations could probably figure it out themselves,” Hogen says. “But a lot of the gaming tribes are not in that category. They are smaller operations and they just don’t have the time, experience, funding and expertise to figure out the best internal controls to ensure security of the facility and fairness to the players.”

“I don’t disagree with him on there being soft spots,” says Joe Valandra, a consultant and chief of staff under Hogen. “But to promulgate regulations in an area where you don’t have authority—it’s very difficult to justify. And tribes have not been supportive of that over the last few years.

The minimum standards were promulgated in 1999 and last substantively revised in 2005.The updated standards issued as guidance were adapted to the myriad technological changes that have taken place since that time.

“We recognize that numerous tribes look to our Class III MICS for guidance and, in many cases, reference the MICS in their compacts and ordinances,” NIGC Chairman Jonadev Chaudhuri said in a press release. “We also recognize that technology has advanced rapidly, making some standards obsolete and introducing new areas of risk not contemplated by the outdated standards.

“This non-binding guidance will provide updated standards that address today’s gaming industry—and, because the updated MICS will be guidance instead of regulations, it will allow the NIGC to quickly adapt the MICS to changing technology and provide up-to-date training and technical assistance.”