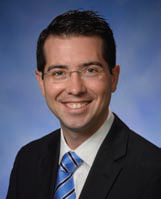 Three measures that would establish a framework to legalize and regulate online gambling and sports betting recently passed the Michigan House Regulatory and Reform Committee. HB 4926, sponsored by state Rep. Brandt Iden, would allow and license internet gaming, create a Division of Internet Gaming in the Michigan Gaming Control Board, impose a tax of 10 percent on gross gaming revenue on licensed internet gaming, establish the Internet Gaming Fund and specify civil sanctions and criminal penalties for act violations. It recently was amended to include sports betting.

Iden’s original bill received a hearing with the same House committee in September. But the measure stalled there, partly as a result of a lack of support from Detroit’s three commercial casino operators and strong opposition from the state’s tribal gaming operators.

The legislation now is headed to the full House for consideration in the 2018 session. Michigan would be the fifth state to legalize online poker if the bills pass.

HB 4926’s sports betting amendment states an internet gaming licensee may “conduct internet wagering under this act on any amateur or professional sporting event or contest, if that internet wagering is not prohibited by federal law.” Iden said, “That language is in there to start the next round of conversations. I don’t want us to get ahead of ourselves, but we know that is coming. The repeal of the Professional and Amateur Sports Protection Act is likely coming in the spring, and we want to put Michigan in position to put our best foot forward as it relates to sports gaming.”

Under the proposed laws, any existing Michigan casino property would be eligible to apply for an online license for $200,000 plus a $100,000 annual renewal fee. Software platform providers would pay an application fee of $100,000 plus $50,000 per year thereafter. Ancillary services also would be licensed.

Besides including sports betting, the changes to Iden’s legislation also require online gambling servers to be located on casino property, to cover any concerns over the Michigan state constitution’s requirement that casino gambling take place “in the casino.” Observers said this change was made to appeal to Sheldon Adelson’s Coalition to Stop Internet Gambling.

Another change reduces the online gambling tax rate from 15 percent to 10 percent. That rate could drop to as low as 6 percent, Michigan Gaming Control Board Deputy Director David Murley warned, because the state’s 12 tribal gaming compacts will have to be renegotiated.

The changes were enough to convince Michigan’s three major commercial casinos to support HB 4926. Tribal operators still remain neutral or strongly opposed. They could be licensed for online gaming directly through the state by negotiating existing or new compacts. Six of Michigan’s 12 federally recognized tribal nations currently operate one or more land-based tribal casinos and pay taxes of 4-12 percent of gross gaming revenue. Under Iden’s bill, “Tribal casinos that currently make revenue-sharing payments could choose to withhold payments if they deem online gaming to be an expansion of gaming. Each tribe would have to determine whether revenues generated from online gaming would exceed revenues saved from withholding state payments.”