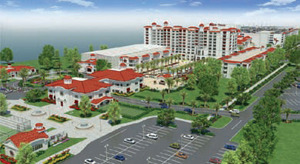 For MGM Resorts and for Creative Casinos CEO Dan Lee, it’s a match made in heaven. The deal announced last month, which will make the large Las Vegas gaming company a co-owner with Creative Casinos in the new Mojito Pointe resort in Lake Charles, Louisiana, solves problems for both entities.

MGM Resorts has been looking to expand its mid-America operations to spread its influence wider and make its new M life rewards system more successful. Mojito Pointe will complement MGM’s Beau Rivage property in Biloxi to give it a firm grasp on Southern gamblers.

For Lee and his estrangement from Pinnacle Entertainment, Mojito Pointe is something of a payback. The site for Mojito Pointe was previously the site that Pinnacle had reserved for its second Lake Charles casino, Sugar Cane Bay. When the company decided to forego the project and relinquished the license, Lee won it in competition with several other projects. Now, his agreement with MGM means he won’t have to build an entirely new management team, and has one of the most successful casino brands.

The announcement, however, was a little light on details about exactly who owns what and how much investment money MGM Resorts is bringing to the table. Nevertheless, MGM Resorts Chairman and CEO James Murren is excited about the deal.

“The relationship with Creative Casinos is another milestone for our company,” said Murren. “It provides MGM the opportunity to expand the reach of MGM’s brands into an important regional market and promotes our efforts to further grow our M life customer loyalty program.”

According to a press release issued by MGM Resorts, the company will operate the property, but Creative Casinos will develop and own it. Mojito Pointe will not be the name of the property. Instead, it will be named for one of MGM’s most popular brands. It will contain 400 hotel rooms and a casino with approximately 1,500 slot machines and 50 table games. The press release did not mention how the project is being funded or if MGM needs to invest any money. Morgan Stanley was cited as Creative Casinos’ financial adviser.

Lee says the arrangement makes sense for both sides.

“We are thrilled to welcome MGM Resorts International as an investor and as manager of Mojito Pointe,” he said. “MGM is the largest casino operator in Las Vegas and is known for some of the most iconic brands in the gaming industry. MGM’s brands reflect the high quality and luxury that we want to build into Mojito Pointe and, as one of the world’s largest hospitality companies, MGM has a wealth of resources and experience that will result in the best possible project for Lake Charles.”

The 242-acre site is adjacent to Pinnacle’s L’Auberge du Lac, which Lee developed as head of that company. The project needed voter approval, which was achieved in an April referendum. Construction will begin by the end of the year, with completion slated for mid-2013.