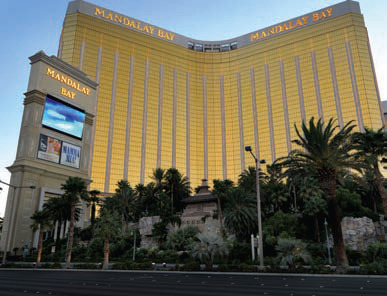 After much planning and discussion, MGM Resorts International last month said it would spin off the real estate of 10 of its properties into a real estate investment trust (REIT) and then lease back those properties to manage. A REIT has favorable tax advantages and allows MGM Resorts to reduce its debt and potentially raise its shareholder value.

The proposal follows similar moves in the gaming industry by companies like Penn National Gaming, Pinnacle Entertainment and Caesars Entertainment, which wants to establish a REIT to help it emerge from bankruptcy.

Into the new entity, MGM Growth Properties, MGM will contribute seven properties in Las Vegas— Mandalay Bay, The Mirage, Monte Carlo, New York-New York, Luxor, Excalibur and The Park—plus MGM Grand in Detroit, Michigan and two Mississippi casinos, Gold Strike in Tunica and Beau Rivage in Biloxi. MGM Resorts will continue to own MGM Grand, the Bellagio and Circus Circus in Las Vegas, as well as its interest in CityCenter and Aria. Its other joint venture arrangements in Atlantic City’s Borgata, and in Macau, will remain unchanged as well. In addition, MGM Growth will have the right of first offer for MGM properties in Maryland and Massachusetts slated to open within two years.

MGM Growth Properties will assume $4 billion in debt that the company expects to be refinanced with a combination of debt and equity offerings. MGM Resorts will own about 70 percent of MGM Growth Properties, so the deal isn’t actually a spinoff. While the deal will require FTC and regulatory approvals, it will not need IRS approval since MGM Resorts owns a majority stake.

MGM Resorts will lease the properties under a long-term, triple-net master lease with an initial 10-year term and four five-year extensions possible.