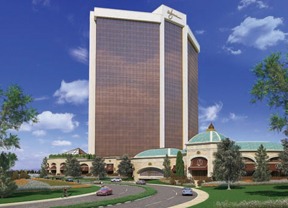 The voters of Massachusetts spoke loud and clear on election night last month, voting 60 percent to 40 percent to retain casino gaming in the state. They voted against Question 3, which would have repealed the 2011 Expanded Gaming Act.

For several weeks, polls had indicated that Question 3’s odds of passage were lengthening, with a poll by Suffolk University showing that only 34 percent of those surveyed supported it, with 59 percent saying no, which is about the way the vote turned out.

Most of the state’s clergy were solidly behind Question 3, including all of the Catholic dioceses and the Latino Clergy Coalition of Western Massachusetts, which held rallies in Springfield near where the MGM casino is planned. Others in the coalition were the Brockton Interfaith Community, Faith for Repeal, and representatives of the Episcopal, Greek Orthodox, Jewish and Islamic faiths.

Although polls never showed the Yes on Question 3 percentages even close to a majority, the various casino developers involved didn’t take any chances. Penn National, for example, contributed $3.2 millon overall to help protect its Plainridge Park Racecourse. MGM Resorts, which bitterly fought Penn for the rights to the Springfield license, was happy to donate $2.5 million to the common cause. Towards the end of the campaign Wynn Resorts, awarded the Boston metro license in September, donated $1 million to the campaign.

Following the defeat of the measure, the Massachusetts Gaming Commission confirmed the licenses awarded to Wynn Resorts and MGM Resorts, for its property in Springfield, anxious to collect millions of dollars owed to the state by the companies.