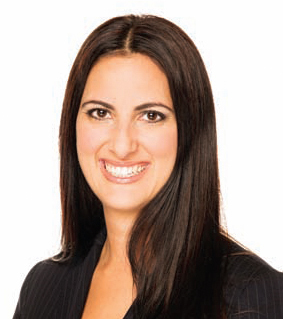 Jacqueline Beato is the vice president of finance for Caesars Entertainment, where she works on initiatives to manage and improve the company’s balance sheet. Beato also oversees the company’s risk management and investor relations divisions.

Prior to her current role, Beato built the company’s investor relations department in preparation for its February 2012 IPO.

Beato started her career with Caesars at Harrah’s Joliet Casino and Hotel, where she managed several teams during her tenure, including the property’s VIP marketing and casino operations. She also serves on the board of the Latin Chamber of Commerce, and as the treasury adviser for the Zeta Tau Alpha sorority at the University of Nevada, Las Vegas.

Beato received her MBA from Harvard Business School and a bachelor of science in industrial engineering from the University of Miami.

As the daughter of Cuban immigrants, she recognized early in life the sacrifice that her parents and grandparents made to create a better life for her and her siblings. That upbringing instilled a desire to succeed and taught her the value of hard work, tenacity, open-mindedness, humility, and the belief that anything is possible.

These characteristics have served her well in her early career, as she has been driven by the desire to prove her parents’ sacrifice was worthwhile.

Throughout her early career, she has benefited from having great people around her that have shaped her professional career. “My best mentors have always been my bosses,” she says. “I have been fortunate to report to very strong role models that have taught me good values and work ethic.”

As Beato has grown professionally, she has relished the role of becoming a mentor and leader to those around her. She regularly attends intern events, has coached emerging leader projects, and sits on new-hire panels.

Beato receives the most satisfaction in her job when making a positive impact on people. “It is the main reason I enjoy the casino industry,” she says. “I can have constant employee and customer interaction.” She states that she is most proud of the way that she has always treated employees fairly and always provides “honest and open feedback.”

She says the most valuable advice for emerging leaders and young professionals is to recognize the growing importance of analytics in the industry. “Smart, young and motivated professionals can make a big impact quickly by uncovering innovative uses for data streams that are now a standard in the casino industry,” she says, adding that all young professionals should ask questions, sit at the table, and put in the hard work if they want to succeed.

Beato says she loves working for Caesars Entertainment because of their belief in creating diverse work groups and for placing their emphasis on a person’s work product, not their title. She enjoys the Caesars culture of encouraging motivated individuals to take on projects that will stretch one’s abilities, which she says “allows innovative thinkers to thrive despite variances in years of experiences.”

Beato looks forward to the new, exciting developments coming online in 2014 at Caesars, including the Linq, High Roller, Horseshoe Baltimore and The Cromwell. As one of the industry’s emerging leaders she will be a mainstay of the industry for many years.