The revival of the convention business is crucial to a Las Vegas rebound. 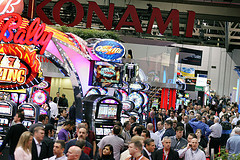 With millions of square feet of meeting space and over 100,000 hotel rooms, Las Vegas will not recover until the meetings and conventions business rebounds. While company CEOs are cautiously optimistic that business will pick up in 2011, that’s not the entire problem.

At the height of the economic downturn, when business was already hard to come by, President Barack Obama issued his now-infamous warning that companies who received bailout money should “not go to Vegas” to hold their meetings and conventions. While he later backpedaled and said that he meant that these companies should avoid luxury destinations, the damage had been done.

The Las Vegas Convention and Visitors Authority estimates that it lost more than $100 million in direct business because of the president’s comments. In spending power, some estimate that more than $2 billion has not returned to Las Vegas as a result.

Moreover, not only have bookings fallen off, but leads have, as well.

“Where once dozens of leads a day came in, there are now only a few a week,” says one expert in the meetings business. “Where once sales people only had to match the group with the space, they now are faced with actually selling to groups that may not consider Las Vegas first.”

One organization that is actively addressing this issue is the Nevada Gaming Xchange. Formed by former MGM Mirage public relations executive Reggie Burton, NGX is designed to offer companies and agencies assistance with sales training, message delivery and marketing.

“The Las Vegas gaming industry needs to understand that there is a lot of reluctance by companies that hold meetings and conventions to come here,” says Burton. “We can guide casino companies in instructing their sales executives how to find leads and overcome objections to doing business in a luxury setting.”

To assist companies with recovering business lost during the recession and reluctant to return as a result of Obama’s criticisms, NGX has set up a series of seminars. Each of NGX’s six training programs include pre-training assessment as a prelude to three to four hours of customized education that, depending on the program, will help sales professionals focus on combating negative perceptions, increasing their referral rate, and driving their sales. Post-session assessment guarantees that the educational session has added value. In addition to the group instruction curriculum, all seminars can be augmented with one-on-one coaching sessions.

“If the convention industry can use the strategies developed by NGX to increase their sales by 10 percent to 15 percent, that will go a long way towards reversing the economic decline of the past two years and returning confidence to Las Vegas,” notes Nevada Gaming Xchange executive David G. Schwartz.