An update on gaming in Central America 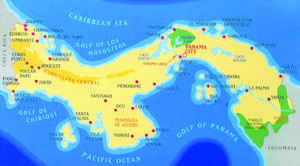 In Panama, casinos see record revenues, continuing a five-year, double-digit growth trend. Also, much to the delight of operators is the likely legislative reform that is being sought to bring Panama’s gaming industry into complete transparency. Meanwhile, others vie for checks and balances to be considered toward the end of mitigating of the industry’s growing impact on local communities.

Elsewhere in Central America, governments struggle to comprehensively address ambiguous and outdated legislation, instead focusing on delivering half-measures that address only their most immediate concerns-none of which address the formation of a central body to control and regulate the industry.

Thus, ambiguity seems likely to remain on the horizon.

Panamanian casinos and slot halls are governed by Decree Law No. 2, which in 1998 privatized the then-state-run industry by setting out detailed laws and regulations for the country’s new private operators. Casinos in Panama are permitted in any hotel of 300 rooms or more providing they are situated outside a certain distance from schools and hospitals. The low entry barrier was intended to accelerate the development of the nation’s then-burgeoning and now-booming tourism sector.

Nine years following the introduction of the law, wagers placed in Panama’s 14 full-scale casinos-eight of which are situated in the nation’s capital–together with its 29 slot halls, eight off-track betting centers and a sole racino-amounted to nearly US$948 million, making it the second-largest gaming market in Latin America behind Argentina. Thus continues the double-digit growth realized every year since 2002.

Antonio Alfaro, president of the Association of Games of Chance Administrators (ASAJA), recently confirmed in a statement to the press that gaming visitation continues to increase on a monthly basis. However, contrary to the initial intent of the 1998 legislation, it is increasingly Panamanians, rather than international tourists, who are driving the sector’s steadfast growth. Increased locals visitation has occurred despite the well-organized campaigns of various trade unions to prevent locals from patronizing gaming venues, underlining the Panamanian appetite for casino gaming.

In the eyes of the administration, however, it is this “misplaced” demand growth that gives some weight to the cries of local gambling opponents and several gaming-related charities who actively voice concerns over growing social costs associated with allowing the supply-side to play catch-up-the JCJ (sub-section of the Ministry of Economy and Finance charged with the oversight of gaming activities) has already given permission for three more casinos to open in the capital city, and much to the dismay of opponent groups, is reviewing at least nine more applications for new operations across the country.

Adolfo Quintero, president of the Association of Economists of Panama, recently asked the government to strike a meaningful balance between the benefits and ills of gaming within Panamanian society, explaining that while growth in casino profits contributes to the growth of the national GDP, the volume of local play impacts the income of each family. He further stressed that casinos generate jobs, but added that they also contribute to the fact that players generate debts.

Quintero’s statements are thought to have put a breath of air to the sails of a bill that was recently presented in the Panamanian Assembly-the bill would allow only Panamanians with an income of more than $1,000 to enter the country’s casinos. Alfaro has noted the unconstitutionality of the bill, stating that were it to pass through the assembly, ASAJA would ask President Martin Torrijos to veto it accordingly.

That being said, ASAJA is not blind to the fact that something needs to be done to mitigate potential negative impacts of a rapidly growing locals demand base. For its part, the association introduced some measures to attack problem gambling in 2007. However, results have been negligible. For instance, only 52 Panamanians have since registered with Panama’s equivalent of Gamblers Anonymous. Alfaro says that association will look to launch a stronger, multi-faceted campaign in the upcoming months to further encourage responsible gambling.

Individually, however, local operators remain preoccupied with the blanket regulatory reform efforts being led by the JCJ, essential to maintaining a healthy reputation in the international context. This comes in the wake of a 2006 mutual evaluation report into Panama’s compliance with international anti-money laundering standards. Conducted by the Caribbean Financial Action Task Force, the probe found that stricter reporting and monitoring rules for casinos are largely necessary to achieve a higher standard of transparency and legitimacy in Panamanian gaming operations going forward.

In light of these findings, and given the rapid growth of the industry, existing operators are right to offer proactive support for the JCJ’s plans to tighten regulations on financial reporting and deepen background checks on market newcomers. “We want new legislation, not because the existing law is bad, but because the sector has evolved and it is necessary to include new things in the legislation,” Alfaro told La Prensa, a leading local newspaper. “Conducting a true investigation into the new operators is what can ensure that Panama remains a safe and proper gambling jurisdiction.”

Operators would be wise to proactively address concerns over problem gaming, lest politicians continue to make attempts to take the initiative for them.

Outside of Panama, industry growth has been hampered by ambiguous legislation and inadequate regulatory standards.

For instance, Costa Rica’s existing gambling laws date back to 1974. Under these, no central organization is set up to oversee Costa Rica’s 48-with some exception, mostly amenity-type-casinos, thus placing them under the authority of individual municipalities and leaving them largely unregulated.

According to the head of the Costa Rican Gaming Association, Jorge Hidalgo, a bill to modify and bring current the presently ill-defined legislation has sat dormant in the country’s assembly for the better part of 10 years.

A somewhat greater lack of legislative clarity has allowed illegal slot machines to proliferate throughout Nicaragua. In fact, the country has one of the largest illicit slot machine markets in Central America with an estimated 6,700 illegal machines, according to statements put forth by the National Lottery.

Meanwhile, in El Salvador, casinos and slot halls have been operating in a grey legal area since a 2000 law outlawed all forms of gambling except lotteries and raffles. Although the law technically prohibits the activities, challenges to the law by operators have succeeded in keeping the venues open while the debate is battled out in Salvadorian courts.

Solutions to change the ambiguous legislation and to guide gaming in the Central American nations, whether in the interest of reform or eradication, have been slow to materialize.

When bills do appear, rarely will they make it past the legislature fully intact, if it all. Governments have resorted to piecemeal measures in the name of progress, but the failure to comprehensively address the roots of their problems leaves much to be desired.

Costa Rica’s 10 years of government silence ended abruptly earlier this year in a brash reaction by the present administration to announcements by Russian-based Storm International that it was preparing to open a new hotel and casino in the country. Costa Rican Vice President Laura Chinchilla leads a high-level commission in the review of Costa Rica’s gambling laws. It was made duly clear that Storm’s investment in Costa Rica was unwelcome.

The commission was quick to recommend (by way of presidential decree) the institution of new rules governing the development and operation of casinos in the country. Under the new guidelines, casinos will only be permitted to operate in three-star hotels with a minimum of 60 rooms, and will be permitted 60 slot machines and 10 tables per 60 hotel rooms. No casino may take up more than 15 percent of the total space of the hotel, and the casino must not be directly accessible from the street. Operating hours, currently 24 hours in many locations, will be limited to between 6 p.m. and 2 a.m., and casinos will no longer be able to offer free alcoholic beverages to players.

Much of the confusion in Nicaragua comes from severely contradictory laws which at once employ the services of the National Lottery, the Tourist Authority and the National Police to solely authorize, control and regulate
gaming in the country. A bill to create one single national authority to manage all issues concerning gambling has been proposed, but similar to the situation in Costa Rica, has effectively been on hold for years as Nicaraguan lawmakers have been incapable of coming to terms on a final version of the bill.

In a move taken from Peru’s playbook, Nicaragua’s national lottery authority and the Nicaraguan Police Department are collaborating to gain some control over the country’s casino industry. Operators who now wish to legitimize their gaming businesses must apply for official authorization from the Nicaraguan National Police. Venues that continue to operate without a license after the end of the application period will be subject to forced closure.

The Salvadorian Supreme Court ruled on a bill which proposed the closure of casinos and gaming halls in El Salvador, declaring it to be unconstitutional in December 2007. The ruling represents the last in a number of failed attempts by this and previous administrations to legally eradicate all gaming activities in El Salvador.

While operators in Costa Rica are shocked by the seemingly extreme measures taken by the government, their reactions thus far have been tame. Absent some wiggle room from the administration, however, things could heat up between the two sides later this year as the kickoff of the new rules draws nearer.

Either way, the country is still in need of comprehensive legislative and regulatory reform, a solution which would better quell the concerns of the public sector while enhancing the credibility of the industry itself. As has been proven so many times before in Latin America (Brazil, Peru, Mexico, Nicaragua, etc.), increased legislative controls absent an established regulatory mechanism tend to have adverse effects on all industry stakeholders.

Meanwhile, the collaborative efforts now being made by Nicaragua’s regulatory authorities provide a realistic opportunity for the country to get control over its illegal slots. Only time will tell if the measure will ultimately prove to be a successful interim step toward a more comprehensive reform.

Eight out of 10 El Salvadorians are said to be opposed to legalized casino gambling in their country. So says a 2001 Gallup poll of the country’s citizens. President Antonio Saca has publicly concurred numerous times, as have the heads of numerous past administrations.

However, despite popular and presidential opposition as well as a semblance of technical illegality, the El Salvadorian casino industry remains legitimately intact. It would seem logical that as tourism growth and casino gaming become ever more intertwined in the country that now enjoys one of the fastest inbound growth rates in Latin America, the opposition will have fewer and fewer reasons to oppose.

As immediate contentions iron themselves out and pressures are removed under the interim measures of these Central American administrations, however, the likelihood that any would proactively move forward an agenda of comprehensive overhaul seems less likely.

As seems to be the unfortunate, yet recurring case for these countries, today’s half-measures have the enormous potential of becoming tomorrow’s ambiguities. Who gains from such an outcome in the long term remains to be seen.

Dino Guiliano is the director of Latin American Operations for the Innovation Group, a Colorado-based gaming consultant. He can be reached at the company’s Latin American office in Costa Rica (+506-2-201-1544) or at [email protected]