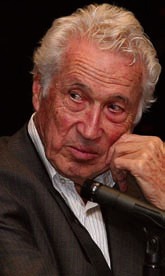 Ader Investment Management, the investment firm founded by former Wall Street analyst Jason Ader that currently holds 3 percent of the shares of slot manufacturer International Game Technology, reportedly will nominate four candidates to the IGT board, including former IGT CEO and Chairman Emeritus Charles Mathewson, in a proxy fight initiated by Mathewson to regain a seat on the board in a challenge to the slot-maker’s current leadership.

IGT claimed that Ader is also among the four names submitted on behalf of Mathewson, who has been involved in a long-running dispute with the company since his 2003 retirement.

Ader disputes that his name is up for nomination. He said his company would nominate Mathewson, Daniel Silvers of Ader Investment and Raymond Brooks Jr., principal of R.J. Brooks Cos. and former CEO of ACA Financial Guaranty Corp.

“We believe investors are confounded by IGT’s strategic direction and that IGT’s valuation has suffered as a result,” said Ader, who is investment principal of Ader Investment. “We are further convinced that IGT has abdicated its competitive advantage in its core business through its recent strategy. We expect that this new slate will add experience and depth.”

IGT is nominating eight board members, including current CEO Patti Hart and Chairman Phil Satre. Votes will occur at the company’s 2013 annual meeting, which has yet to be scheduled.

Mathewson has repeatedly criticized the company’s current leadership since his retirement. According to a statement from IGT, the former chairman “has repeatedly attempted to exert influence over the company’s operations and extract personal financial benefits at the expense of all other shareholders.”

Ader says the company continues to go in the wrong direction.

“We believe IGT is deeply undervalued as a result of a lack of focus on the core slot machine and systems business that we believe generated IGT’s historic success, a lack of casino gaming industry experience in management ranks, and the results of poor capital allocation decisions highlighted by a series of costly non-strategic acquisitions,” Ader said. “We are convinced our slate will make a major improvement in this company.”

Mathewson was IGT’s chairman emeritus after retiring his CEO post. IGT’s board severed all financial ties with him in 2010.

Ader was a senior managing director for Bear Stearns from 1995 to 2003. He later launched a hedge fund called Haymarket Investments. He is also on the board of Las Vegas Sands.