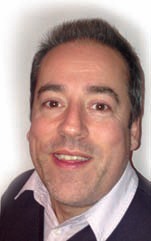 Andrew Goodale has been in the thick of the interactive games business for years. This year, though, may present the biggest challenge of the executive’s career—building the largest provider of interactive gaming content and platforms the industry has ever seen.

Goodale’s new job is to work with a diverse, worldwide group of game development teams to identify the best of the WMS, Bally, SHFL and Barcrest libraries for transfer into the online space. “It’s almost too much content,” he says. “That sounds like a good position to be in, but it’s really challenging. We have to choose which games to invest in for the online space.”
Goodale’s background, though, makes him more capable than most to handle the challenge. If his years at Barcrest taught him anything, he says, it’s how to cross-market a game between channels—casino, AWP, and the LBOs, which has been Barcrest’s strongest market.

The best way to identify hits for the online market, he says, is to look at what’s already been successful. And having access to the top slot games from the land-based gaming industry affords that capability. “If you can tie in your interactive roadmap to the land-based roadmap, you’ll be successful,” Goodale says. “When a land-based game goes live, you can back that up with an interactive mobile and desktop game. That’s what we’ll be doing more of going forward, and there are not many out there who can do that.

“Cross-marketing is the key. I could put out 10 games a month, but we have to make sure we get the right return for what we’re putting out.”

The next logical step, of course, is to launch online first and cross those games over to the land-based space. Goodale has an added advantage when deciding which games will fly online and which will cross over well to land-based casinos—the Play4Fun network. Williams Interactive’s growing social game platform and network is often used as a testing ground for games, and as a vehicle for cross-marketing.

For 2015, Goodale says one key goal is to identify the games that will translate best to the mobile channel. “Mobile is a key,” he says. “In the U.K., mobile is really becoming the preferred channel.”

Goodale’s goal for SG Interactive? “It’s world domination!” he laughs—but he’s not really kidding. “We are pretty fortunate in that we have all these land-based games in North America, and I can’t stress enough how much we need to utilize what we have across all channels,” he says.