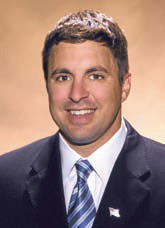 Energy and Environmental Affairs Secretary Matthew Beaton last month ruled that the extensive traffic and environmental impact plan drawn up by Wynn Resorts on its .7 billion casino resort project in Everett “adequately and properly complies” with the state Environmental Policy Act. The approval will allow the project to go forward, with groundbreaking just steps away.

The approval came just days after Massachusetts Transportation Secretary Stephanie Pollack sent a letter to the Massachusetts Department of Energy and Environmental Affairs saying that Wynn Everett has adequately addressed the traffic issues that it will create in and around the city of Everett. She called on Beaton to issue a permit for the project to go forward.

Pollack’s letter followed one by Massachusetts Attorney General Maura Healy urging Beaton to deny the permit to Wynn. Healy, a longtime gaming opponent, lives in one of the towns affected by the Wynn project.

The decision was hailed by Everett Mayor Carlo DeMaria, who said that the ruling is “validation of the planning, hard work and perseverance of everyone involved.”

In a statement issued by Wynn Resorts, Chairman Steve Wynn said the 10,000-page document was “open and fair.”

“The process has been meticulous and hard-fought and undoubtedly will continue to be so,” he said in the statement. “At moments like this, there is certainly a feeling of gratification and forward movement. It lifts our spirits and energizes us.”

Boston Mayor Martin Walsh, who has been engaged in a battle with Wynn over payments that he feels should be made to Boston, said he would fight on. The city will “continue to fight for the best interests and public safety,” he said.

Both Beaton and Pollack said Wynn’s contributions to mass transit, including his promise to spend $7 million to upgrade subway operations, would address short-term issues created by the casino. Beaton said the commitment was “unprecedented” by a private developer.