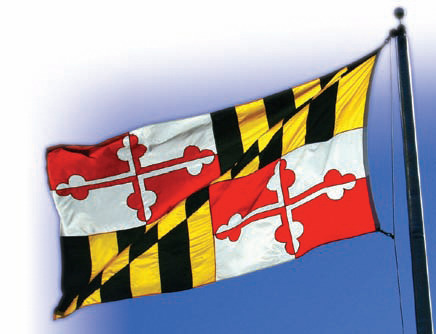 The Maryland State Lottery Agency (SLA) has become the latest lottery organization to examine creating online games to be played within the state.

As part of a report required of the lottery under Maryland’s new budget law, the agency said Maryland should develop an internet program to expand its appeal to younger players.

“From small businesses to Fortune 500 companies, businesses are utilizing e-commerce to complement brick-and-mortar retail locations to grow their bottom line and remain competitive. Otherwise, they risk falling behind the curve,” the report says. “The Maryland Lottery is no exception. The SLA believes it is time to take the necessary steps to offer its products on the internet to remain competitive and accomplish our core mission.”

Five states currently offer lottery draws over the internet, but the District of Columbia is paving the way for casino-style games to be offered online as well. D.C. lawmakers recently passed legislation to allow the D.C. Lottery to offer online games including poker and blackjack.

While internet gaming is considered illegal by the U.S. government, the Maryland SLA report points to a 2001 federal appeals court decision that found a 1961 anti-gambling law cannot be applied to lottery games. Intrastate transactions also are exempt from the 2006 Unlawful Internet Gambling Enforcement Act.

“It would appear, although it is not entirely clear, that Maryland could initiate an internet-based intrastate lottery program provided certain protections were put into place,” the SLA report says. “These protections, required under UIGEA, could be accomplished by the SLA implementing regulations that specifically provide for a subscription program and establish protections limiting access to the program by minors and people outside the state.”

Many in the industry have speculated that, absent a federal law permitting online poker, the states will fill the void with their own laws—and lotteries are increasingly seen as the likely venue, since several lotteries already operate video lottery terminals in brick-and-mortar casinos that are identical to slot machines.

Several state governors, including Maryland’s Martin O’Malley, have written to leaders in the U.S. Congress to oppose bills that would legalize internet poker but restrict its operation to licensed casinos, racetracks and card rooms. O’Malley and others have argued that state lotteries should be included in any federal legalization measure.