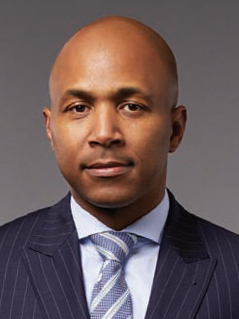 Marcus Glover was appointed president and COO of Atlantic City’s Borgata Hotel Casino and Spa just a few months after the property had been taken over by MGM Resorts. It previously was a joint venture with Boyd Gaming, which was the operating partner. Glover arrived at Borgata after spending two years at Beau Rivage in Mississippi. Before that he worked for Caesars Entertainment, spending time at properties in Cleveland, St. Louis and others. He spoke with GGB Publisher Roger Gros from a boardroom at the Borgata in July.

GGB: Right from the start, a lot of the story about Borgata was about non-gaming. Explain how that plays into the success of this property.

Marcus Glover: Borgata was on the cusp of experiencing the transition of what was going on in Las Vegas, where people—when I say people, customers—want a fully integrated resort experience. And so where most of the market here in Atlantic City was still focusing purely on a slot customer and just purely on tradition—tried-and-true practices of gaming—Borgata took a leap of faith and decided this is how we’re going to position the property. And, it paid off for them. They were early adopters in making sure that guests realized that this was a full experience, and you could get a little bit of anything that you may want here at this property. It’s something that has continued up until this day, and Marcus Glover isn’t here to change a well-oiled machine.

The Borgata has also never been static. You’ve made changes to suit the market all these years.

We listen to the customer, but we’ll continue to try to anticipate what the customers want, and what they need, in terms of a full experience. Those are things we do just as part of our daily and regular operation.

In terms of some bigger projects, obviously sports and sports wagering is the new big thing here in the market. We pioneered it here among casinos in Atlantic City, and we were happy and proud to do that. But we recognized that we were the beneficiary of having an existing race book that allowed us to get up quickly. By no means is that our permanent offering, and so, we are in the midst of ramping up a pretty robust design for a permanent sports bar and sports book. And hopefully, we’ll begin construction here in the latter part of the year, or in the early part of 2019.

Borgata is clearly the market leader in Atlantic City. In some months, you double what your nearest competitor posts in terms of gross gaming revenue. What do you attribute that to? Is it the facilities? Is it the team? Is it the service that you provide?

It’s all those things you just said, and I don’t know that you can isolate one and attribute it to that more than the others. Look, we have a beautiful property. But we also believe we have the best people. And we’re combining that with a great process, a seamless experience, where people can come in and feel like it’s as hassle-free as you can make our operation.

But you’ve got to have great people, and you’ve got to have a great product. And so, when you do that, you have those things, and then you combine it with compelling offers and value proposition, then it makes for a great formula. And so, at the end of the day, a guy who sits in my seat would be remiss if he didn’t acknowledge the talent that he surrounds himself with.

I’m fortunate to have a lot of great people, and we appreciate them, we value them, and we want to allow them to do their best work by continuing to support them with training, and exposure to new opportunities, and making sure that they realize that we are not only the casino of choice for guests, but we are the employer of choice. And we don’t take that for granted. We won’t get complacent on that, and we’ll continue to make sure we put our best foot forward, in continuing that reputation.

Now you have two new casinos competing against you. Each threw some little twists into the market, by matching tiers and things of that nature. What kind of impact has that had on you so far?

Well, we have a large base. And so, any percent decrease is going to look small on a nominal scale. But I think the market felt it. Time will tell. I think the next two to three months will tell where the market will shake out.

They opened during the most voluminous time period of the busy season for this market, and so that was a good thing to be able to experience some of the pent-up demand that may not have been able to be satisfied in the past. But October, November and December, where the travel season is not as strong, will be a determining factor on how the new competition will truly impact the market. We’re happy to see growth in the market continue, but we’ll see if that holds true for those more dormant months, if you will, for the Atlantic City market.

Whatever happens, Borgata will continue to invest in its property and its people. We take the pole position very seriously, and it’s something that we don’t want to relinquish—we’re going to continue to keep our foot on the gas.